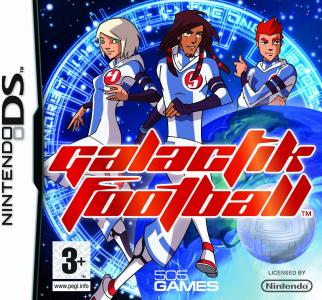 Go Snow Kids! Based on the hit children’s TV series, GalactikFootball is a fast-paced futuristic sports game for Nintendo DS. Players take control of a young team of stars from the planet Akillian, called the Snow Kids. You must then guide them to victory in the famous GalactikFootball Cup, beating awe-inspiring teams, including the Wambas, the Technoidsand the terrifying Shadows, along the way. Using a combination of more traditional football skills, along with a range of special Flux-powered super moves, GalactikFootball is a high-adrenaline sports game that plays like nothing else on Nintendo DS.