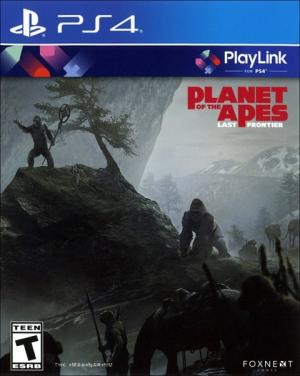 Planet of the Apes: Last Frontier

Planet of the Apes: Last Frontier is a narrative adventure game of conquest, betrayal, and survival. When the fates of a tribe of apes and a band of human survivors intertwine, two worlds collide as their precarious existence hangs in the balance. Players play both sides of the growing conflict, gaining a deep understanding of the motivations, hopes, and fears of humans and apes alike. The destinies of each species rest entirely on the player as the game pushes towards a tense, fragile peace, or a final bloody battle. Use the Planet of the Apes: Last Frontier PlayLink app (available for free on Android or iOs stores) to play together on your smartphones and see how you and your friends will direct this narrative blockbuster.