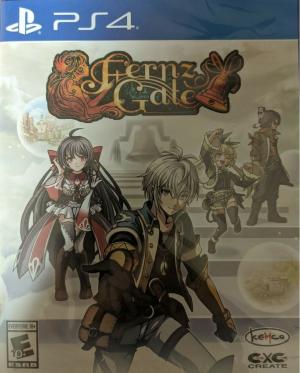 Fernz Gate is a Role-Playing game, developed by EXE Create and published by Kemco, which was released in Japan in 2018. After awaking in unfamiliar woods, Alex, an ordinary high schooler living an ordinary life, learns he has somehow ended up in Fernland, a world dominated by conflict and destruction. Fighting monsters, the ever-ominous threat of the Overlord, and a succession of chaotic events as he tries to find his own place in this new world, Alex comes across Lita, a young woman from a peaceful world like his own. Hitting it off, they soon become friends and set out together, but what hidden truth awaits them as their adventure begins to unfold...? Join forces with buddies and fight! Take advantage of the Secret House and dispatch buddies to collect items or place them on stands to gain special-effects. Grow parameter-increasing fruit, upgrade and customize weapons, take on variety of sub quests and enjoy plenty of content!