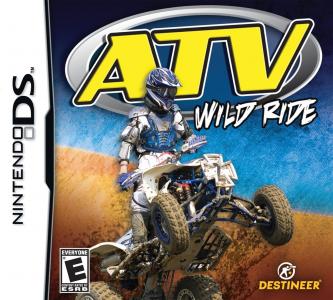 Throttle up your ATV and leave your fear on the starting grid. ATV Wild Ride throws you into a nitro-charged trick-racing event across six exotic locations around the world, including Thailand, Russia, and England. Compete on extreme courses against an ensemble of fierce opponents from around the globe. Dominate in World Tour, Quick Race, Freestyle, Elimination, Time Trail, and Multiplayer head-to-head (Wireless Multi-Card). Experience intense speed, catch massive air, and nail dozens of spectacular airborne tricks while you leave your competition in the dust.