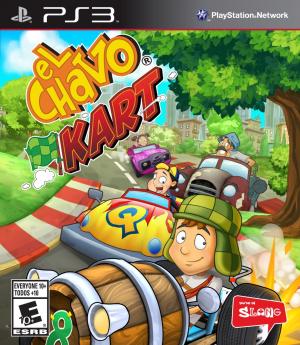 El Chavo Kart (Chaves Kart in Brazil) is a kart racing game developed by the companies Efecto Studios and Slang and distributed by the Slang own along with Televisa Home Entertainment for Xbox 360, PlayStation 3 and PS Vita. The game features all the main characters of El Chavo: The Animated Series (except the characters Jaimito and Gloria) as kart racers and its gameplay is loosely based on Mario Kart series.