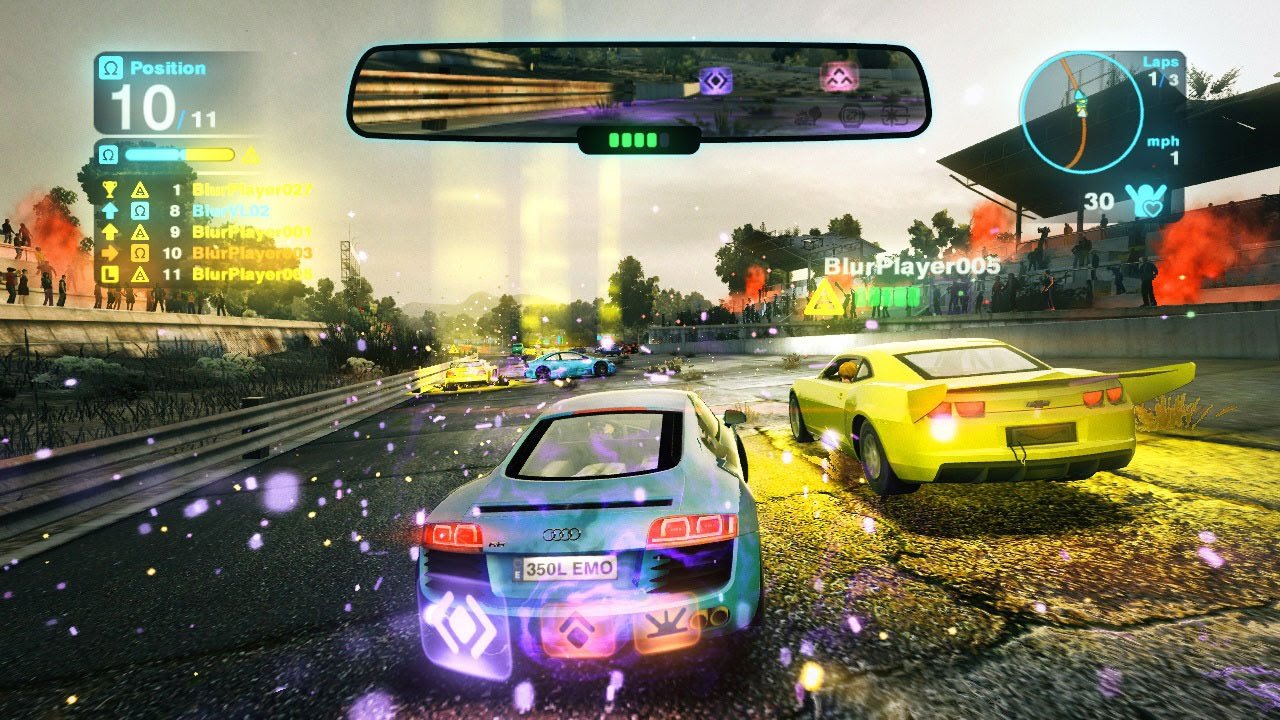 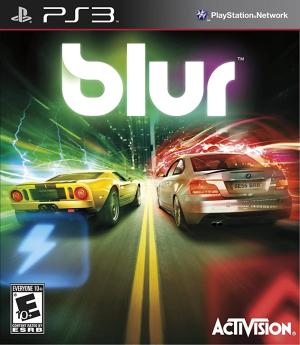 Blur is the ultimate powered-up racing experience, where players collect addictive and intense Power-ups throughout each course, including the ability to blast other cars out of the way with huge bursts of energy, boost speed with Nitros, drop Mines and even generate defensive shields to fend off other racers. Blur features an intense single player campaign filled with over 50 fully licensed cars to unlock and intriguing characters to earn the respect of, and gamers can also engage in competitive and team-based multiplayer races with up to 20 players online, or on a single console via 4 player split-screen. 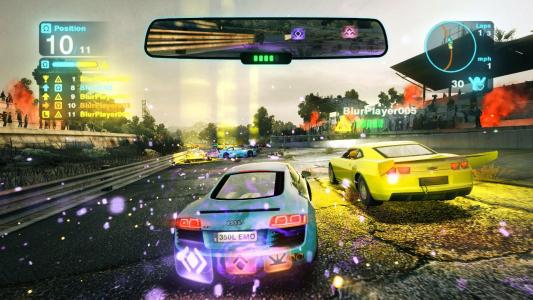