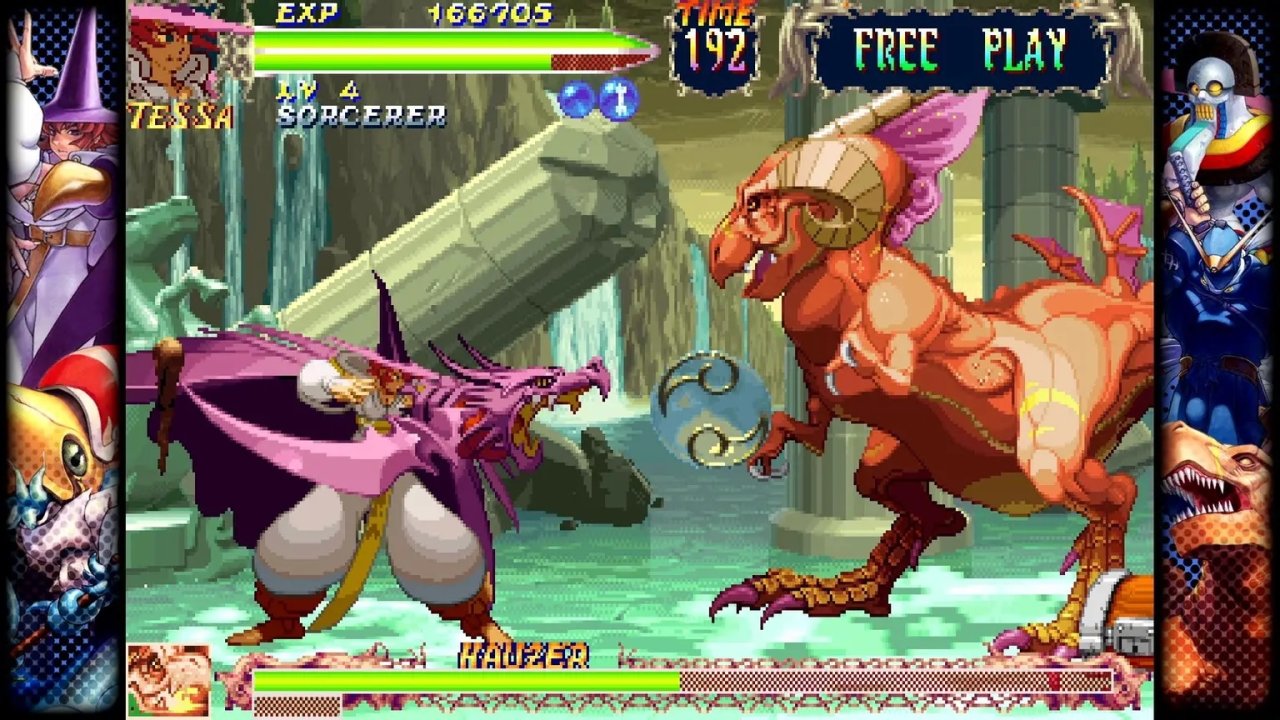 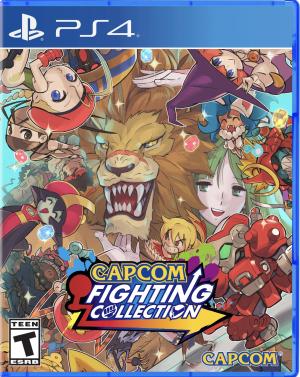 The original arcade games are back, including new features! Capcom Fighting Collection features legends from Capcom's competitive arcade gaming history, faithfully reproduced to play just like they did back in the arcades! The Collection includes additional settings to improve your at-home experience, and also supports online multiplayer, so you can battle friends and opponents across the world from the comfort of your own room! Ten of Capcom's greatest fighting classics faithfully reproduced from the game's beloved original versions. Line-up includes games from the Street Fighter series, all five titles from the Darkstalkers series, and the cute-but-fierce Super Puzzle Fighter II Turbo and Super Gem Fighter Mini Mix. And don't forget Red Earth, appearing for the first time on home consoles and PC! Introducing brand-new features to enhance the experience of the original games, as well as useful settings to make it easy for new and returning players to join in the fun. And just like in the original arcade versions, you can battle with friends offline, or test your skills against the CPU opponent, too! ONLINE PLAY Casual Matches - Choose the games you'd like to play, and you'll be automatically matched up with an opponent close to your skill level. Note: Cross-platform matchmaking is not supported. Ranked Matches - Battle other players and gain League Points per game for each victory! But don't let your guard down because you'll also lose points when defeated. Players with the most League Points will earn top spots on the leaderboards. Custom Matches - Choose which single or multiple games to play from and set up your own rules for a custom lobby that can host you and up to nine other players! Players waiting for their turn can even watch the current battle live! EXTRA FEATURES Training Mode - Need to practice combos? Specific match-ups? No problem! Hop into Training Mode and practice at your own pace with a variety of customizable options. You can customize the options for some simple practice or even set up specific training dummy behavior perfect for advanced players. Polish your moves and soon you'll be going toe-to-toe against the best! Note: Training Mode is not available for Super Puzzle Fighter II Turbo. Fighter Awards - Need some extra goals to shoot for? Check out the Fighter Awards menu to track your progress in each game for each character and ending. Can you complete them all? Display Filters - Change your display size and choose from display filters that allow you to replicate the classic visual feel of the originals, including options that reproduce the look of an analog monitor, arcade monitor, and more! QUALITY-OF-LIFE FEATURES Button Customization - You can freely customize the button controls or keybinds to what works best for you. And if you're having trouble with the inputs for special moves, don't fret! Just assign a One-button Special Moves button and execute them with ease. Note: One-button Special Moves are not available in ranked matches. Customizable Difficulty - Make CPU matches in each game as easy or difficult as you like with the Game Difficulty setting. Lower settings are great for new and returning players, and higher settings are great for when you need more of a challenge! Quick Save and Load - Perform a quick save at any time—even right in the middle of a heated match! Useful for when you want a handy restart point for difficult CPU battles. MUSEUM Check out the gallery of over 500 individual pages of art and design documentation, including some that have never been released before! The museum also contains a music player with over 400 tracks from the classic games, as well as original tracks made for Capcom Fighting Collection! You can even hang out in the museum while waiting for online matches! 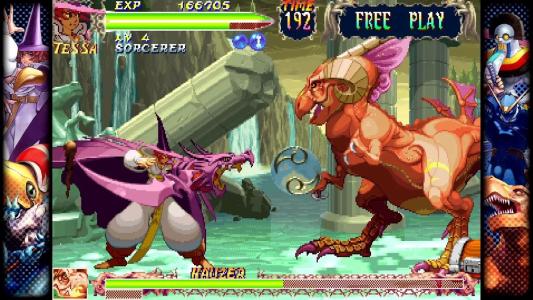