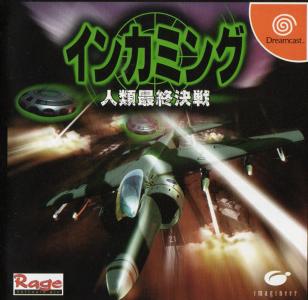 Incoming is set in 2009 over a period of fifteen days. An increasing number of UFO sightings culminate in attacks on the international lunar base and other locations on Earth; and the construction of a base in the Arctic. Secret work is started on an "ADATA" (Anomaly Detection And Tracking Array) near Mount Kilimanjaro. The events of the game take place after an attack on the ADATA facility is initiated by alien forces. The game is set in six locations: Kenya, defending the ADATA facility; the Arctic, attacking an alien base while defending a human one; the North Atlantic Ocean, where the player must defend oil rigs and attack a second alien base; Florida, where parts of a fleet to invade the alien's moon base must be defended; the Moon, attacking a further alien base; and a planet in the Crab Nebula, assaulting the planet from which the alien attackers came. If the player has completed these in the Campaign Action mode, then in addition to these ten missions in each location, there are bonus "virus" scenarios, with one level in each location. Shortly before these missions, the aliens launched four virus bombs which impacted in the four location on Earth the player had previously visited. All buildings in these areas must be destroyed by the player to prevent the virus from spreading further.