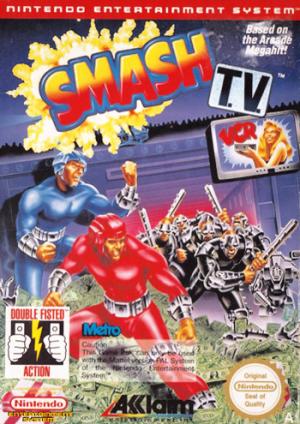 Moving from one room to the next within the studio/arena, players have to shoot down hordes of enemies as they advance from all sides, while at the same time collecting weapons, power-up items, and assorted bonus prizes until a final show down with the show's host where you are finally granted your prizes, your life and freedom. One of the enemies is fat and is named Mr. Shrapnel who roams aside of the walls of some rooms and after a short period of time he explodes. In the NES version, he is replaced by a giant rolling bomb.