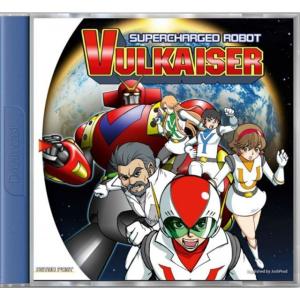 GO! GO! VULKAISER! Supercharged Robot VULKAISER is a 70s giant robot anime-inspired side-scrolling shooter from the creators of SATAZIUS and GIGANTIC ARMY! Story: In 1977, the good people of Earth face their gravest ever threat… The Gogoh Army has arrived from the outer reaches of space to invade the Earth! The Gogoh Army expect conquering the Earth will be an easy task. Little do they know that the Earth is prepared to resist, thanks to the Super Electric Research Center and the pinnacle of human scientific achievement: the giant combat robot known as Supercharged Robot VULKAISER! Features: – 6 stages of 70s giant robot anime-inspired side-scrolling metal fusion shooting game! – COMBINE with the VulFighter craft and harness the power of Rocket KAISER, Needle KAISER, Thunder KAISER, and Drill KAISER! – 4 difficulty levels to cater to Earth defense newbies and veteran heroes!