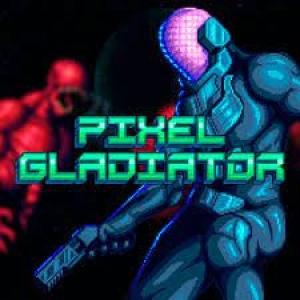 "Defend and upgrade your base, grab big weapons and build deadly turrets to slaughter waves of furious creatures. You’ve been sent to an abandoned planet as one of the participants of the most popular Gladiator show. Your goal is to survive as long as possible, fighting back deadly creatures in the focus of billions of viewers. Kill your enemies to earn money and buy new weapons and upgrades. Defend your base with turrets and traps. You are funded by your audience, make sure to keep them entertained! Take the challenge and come out victorious from this blood bath with ferocious beasts! Become a champion of this painful and cruel show. Morituri te salutant! Features: - Unique weapons and player upgrades - Turrets and traps to keep your base safe - Treacherous and deadly bosses - Fights and slaughter for money and glory!"