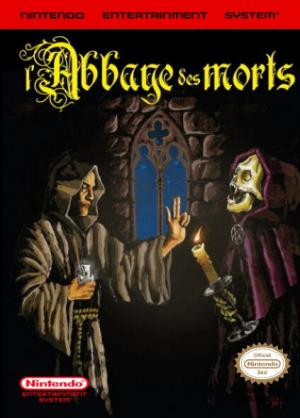 L’Abbaye des Morts is a game originally created by Locomalito and Gryzor87 and released in September 2010. More than 10 years later, the game has finally been ported to the NES/Famicom by Parisoft Games. As described by the original authors, this is a “retro game for a dark flashback in history”. “A Cathar scaping from crusaders, a hideout in the night, an evil secret below” In the 13th century, the Cathars, who preach about good Christian beliefs, were expelled by the Catholic Church out of the Languedoc region in France. One of them, called Jean Raymond, found an old church in which to hide, not knowing that beneath its ruins lay buried an ancient evil. Now fate will test his faith.