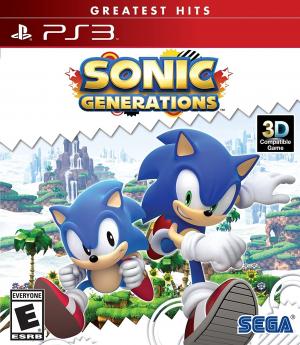 Sonic Generations[a] is a 2011 platform video game developed by Sonic Team and published by Sega for the PlayStation 3, Xbox 360, Nintendo 3DS, and Microsoft Windows. Produced in commemoration of the 20th anniversary of the Sonic the Hedgehog series, the game follows Sonic and his sidekick Tails as they form an alliance with their past selves. It features two gameplay styles: "Classic", which plays from a side-scrolling perspective like that of the original Sega Genesis Sonic games, and "Modern", 3D levels similar to those in Sonic Unleashed (2008) and Sonic Colors (2010).