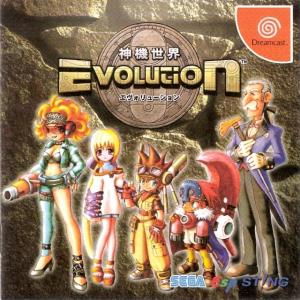 Evolution is a role-playing video game for the Dreamcast. It was developed by Sting and published by Entertainment Software Publishing in Japan. Evolution is a dungeon crawling game that follows the adventures of Mag Launcher. Mag Launcher and his companions use Cyframes, technology discovered in ancient ruins. These Cyframes are sought after by adventurers who explore caverns to find them. Combat in Evolution is non-random and occurs whenever the character touches an enemy. The battle system uses 3D graphics and is turn-based, with each individual combatant having their own turn.