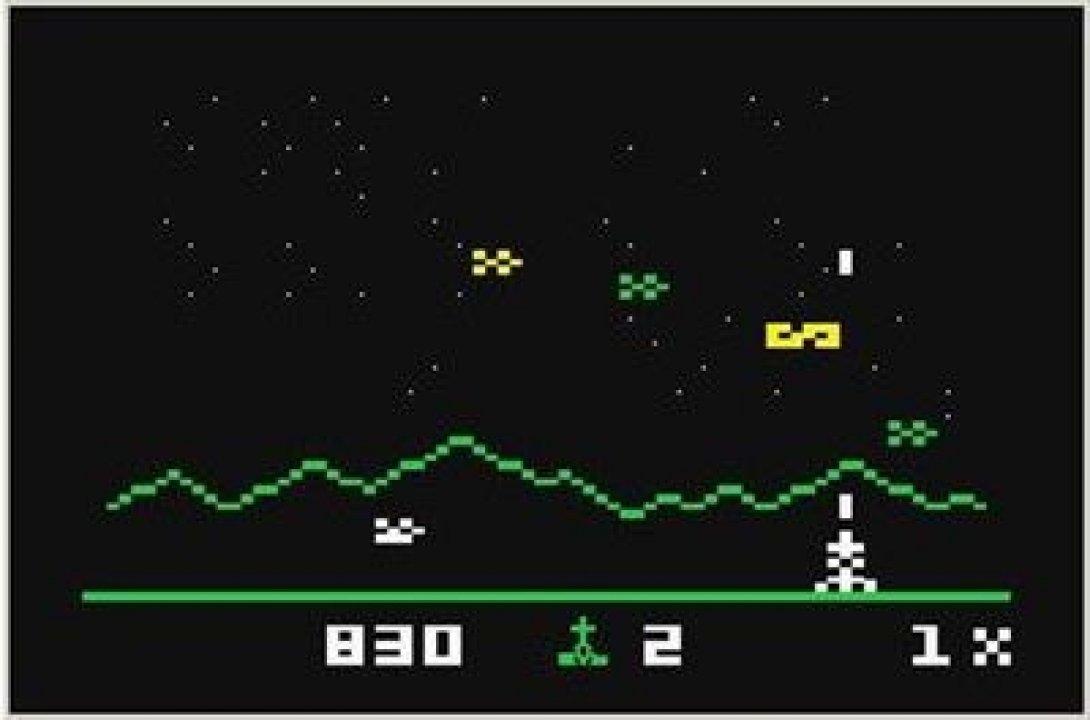 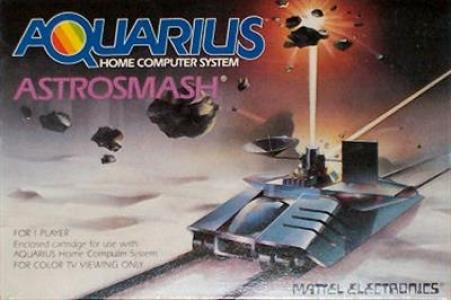 Astrosmash resembles a cross between the early arcade games Space Invaders and Asteroids. The player controls a laser cannon that can scroll left or right along a flat plane in order to target falling objects, such as large or small meteors, large or small spinning bombs, and guided missiles, as well as a UFO that crosses the screen from time to time at higher levels. Low hills and stars are seen in the background. Unlike in Space Invaders, the player does not face direct enemy fire, cannot hide beneath bunkers, and the game does not end when targets hit the ground. 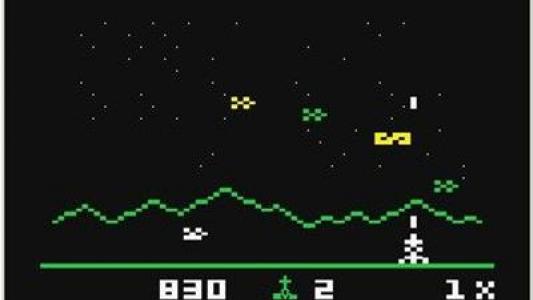