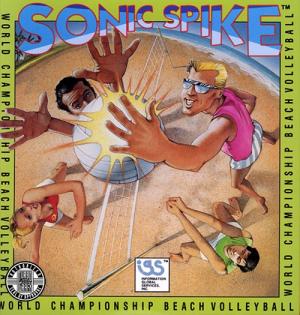 The action sizzles in Sonic Spike, on the front line of the world's most brutal volleyball game. Blast the ball over the net -- bump, spike, dig, jump, and even quick-fake a return. Orbital lobs soar to the sun; earth-pounding spikes vibrate the ground. Score ... or eat sand! Select and create your own teams from 24 athletes pulled from six nations. Pit gals against guys in a battle of the sexes, or fight the competition of the century with Japan, Australia, Brazil, USA or USSR.