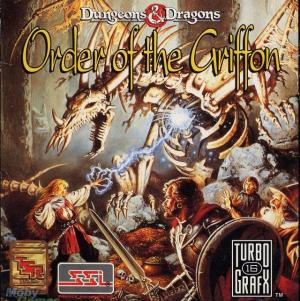 Dungeons & Dragons: Order of the Griffon

The Vampire has escaped and has arisen again just as the Ancient Ones predicted. The Vampire controls bands of monsters who do his destructive bidding. Using the evil Iron Ring, he bends the will of the common people in an attempt to take over the world. Even the great Radlebb Keep has been conquered by the Dark Once and been bent to his evil will. Now, with your character in the Order of the Griffon, we have a chance to defeat the evil Vampire! World peace can be restored!