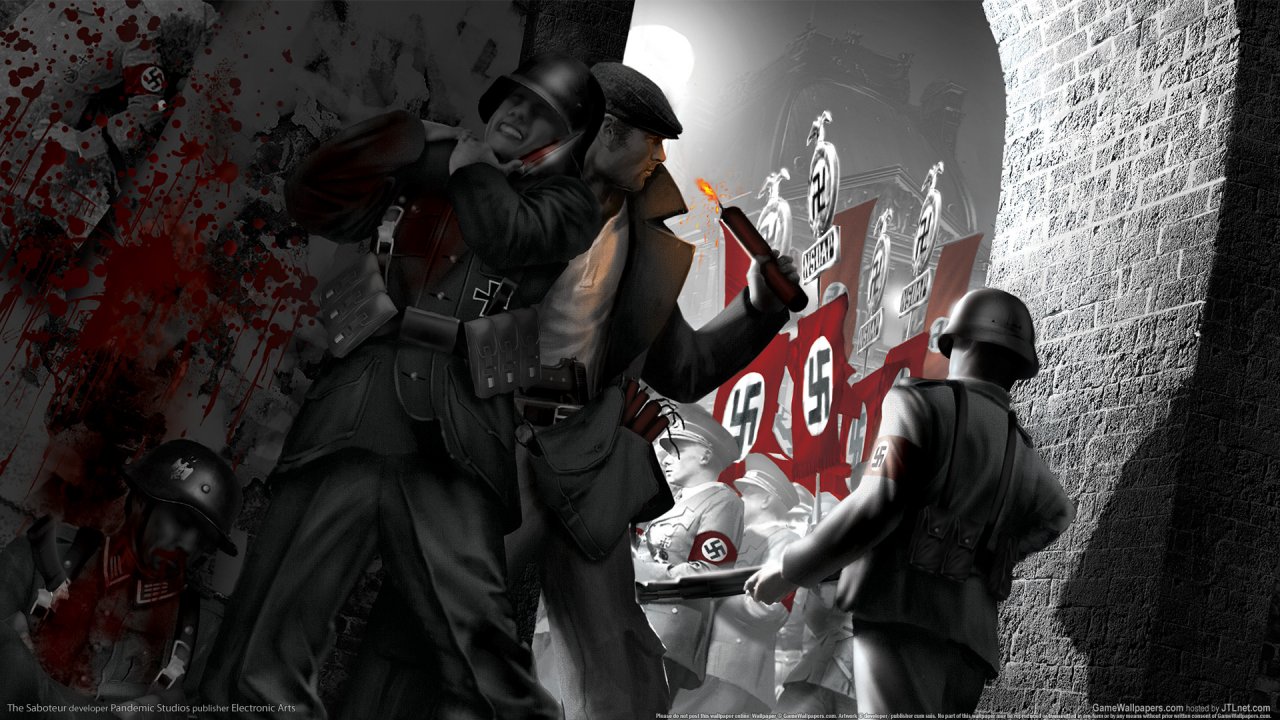 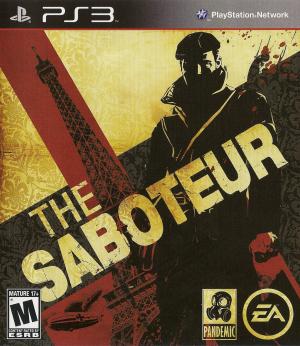 The player is able to explore Nazi-occupied Paris, some of the French countryside and parts of Germany.[3] Color is a key element in the gameplay. Areas which are heavily controlled by the Nazis are represented in black and white, with the exception of the irises of characters' eyes, city lights, blue symbols of the French Resistance, and various German symbols, which are bright red and complete with swastikas. In order to make that district colored ("inspired") again, players must weaken the German forces occupying the area. In doing so, that district's citizens regain their hope, visually represented by making the area vibrant and full of color. This also affects gameplay; in black and white areas, German soldiers are present in large numbers, making it far more likely that Sean will be detected in his rebellious activities. 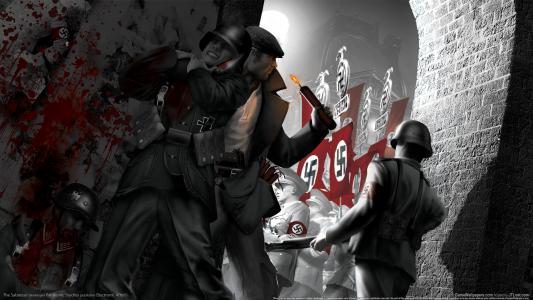