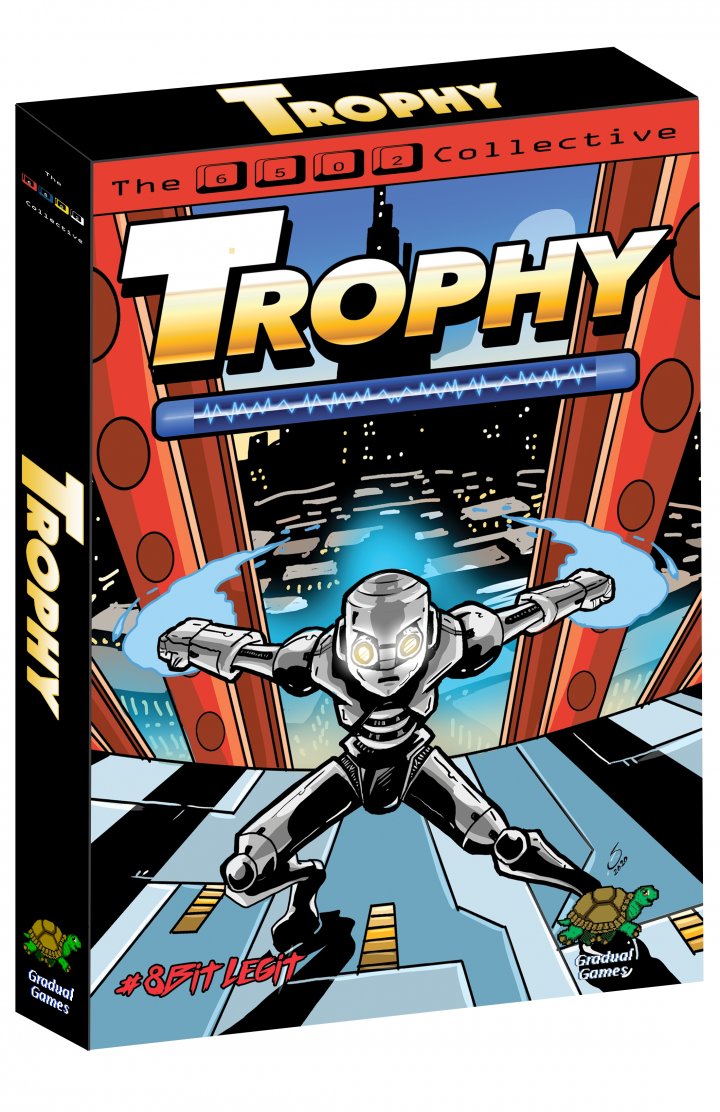 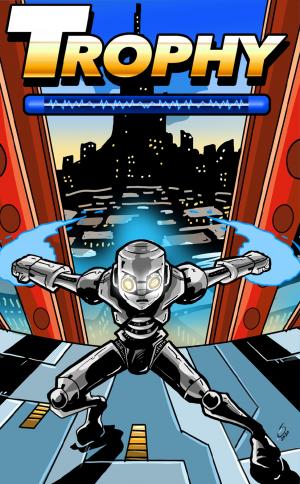 Take control of the robot Trophy in this exciting new homebrew game. Save the peaceful planet of Gearus 9 from the evil machinations of Lord Q as you run, jump, and blast your way to victory. Collect power-ups along the way and defeat some of the largest bosses ever seen on the NES! As Trophy, you must navigate challenging environmental obstacles and terrain, such as water, snow, moving platforms, and even zero gravity. Collect power-ups and upgrade Trophy's health and weapon systems, all while battling enemies throughout the levels. Be prepared, though, as at the end of each level you will have to square off against one of the largest bosses ever seen on the NES! 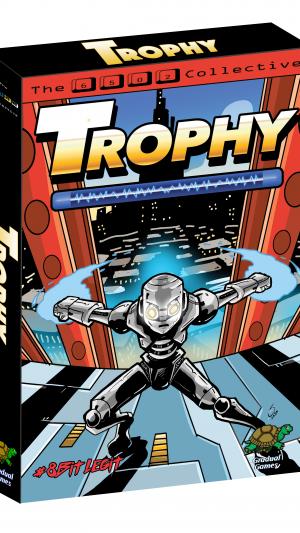 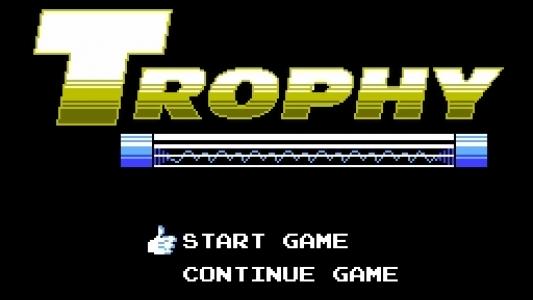 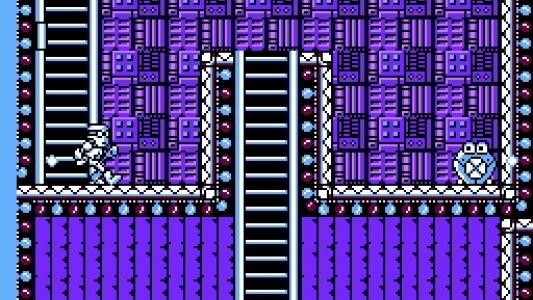 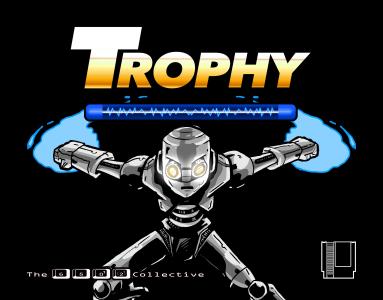