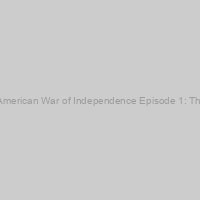 Marie-Antoinette and the American War of Independence Episode 1: The Brotherhood of the Wolf

Unmask the traitors around you and save the Queen! Along with Oscar you find yourself in the year 1781, plunged right into the middle of the American War of Independence. Throw yourself into a breathtaking investigation that's composed of diplomatic intrigue, naval battles and sinister plots! From Yorktown to Versailles, live through an incredible adventure with more than 10 hours of gameplay accompanied by Washington, La Fayette, Benjamin Franklin, Rochambeau, Fersen... Together with Emilie, go to meet Marie-Antoinette in her elegant world at Petit Trianon castle. But be careful! A mysterious secret society is acting in the shadows... So find your clues quickly and thwart the traps that have been set for you! Numerous mini-games (Pharaoh, battle frigates, Trou Madame...) and a great many riddles will put your skills and your wisdom to the test..." + An encyclopedia about the 18th century, the American War of Independence, Versailles... In partnership with The American Club of Paris and Thanks to the historical Society of the Cincinnati.