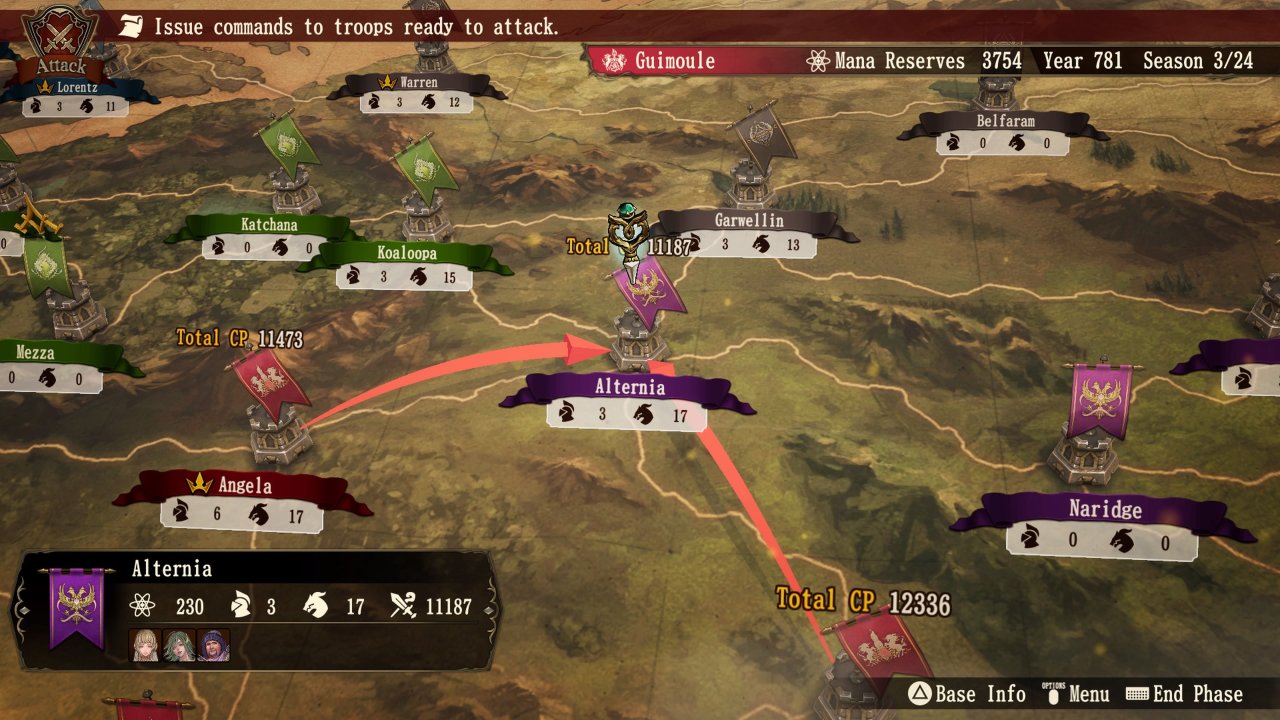 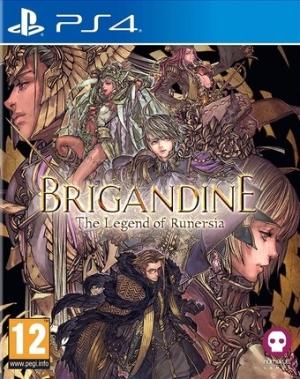 Brigandine: The Legend of Runersia

Brigandine: The Legend of Runersia is a tactical role-playing game developed by Matrix Software and published by Happinet. It is a sequel to the 1998 PlayStation game Brigandine: The Legend of Forsena, and features the same core gameplay with a new setting. The player chooses one of six nations of the continent of Runersia and must guide it to conquer the others and unify the land using powerful Rune Knights and their summoned monsters. The game was released worldwide for the Nintendo Switch in June 2020, and for the PlayStation 4 in December 2020. A Microsoft Windows version is set for a May 2022 release. As in the previous game, gameplay in Brigandine: The Legend of Runersia is a mix of tactical, turn-based battles and grand strategy. The player assumes control of one of six different nations, each with their own strengths and weaknesses, and must use troops to attack and occupy enemy castles while defending their own. Each troop consists of a number of monsters under the command of a human leader called a Rune Knight. There are over 100 unique Rune Knights, and each nation has a single Rune Knight who is designated as the "ruler". Both monsters and Rune Knights have hit points and mana pools, and become stronger by damaging enemy units and gaining experience with the use of various skills and spells. Rune Knights and their monsters confront enemy troops in turn-based battles, with the outcome deciding who controls a given castle. To win a battle and occupy/defend a castle, the player must either defeat all enemy Rune Knights and force them to retreat or overwhelm the enemy to the extent that they voluntarily withdraw to avoid further damage. A defeated Rune Knight becomes wounded and must spend time and mana recovering, while defeated monsters are permanently dead. In the event one side's ruler Rune Knight is defeated in battle, all of that side's Rune Knights are forced to withdraw from that castle regardless of their condition. If no troops are posted at a castle to defend it, an invading troop can occupy that castle without a battle. On the strategy end, the game has two main phases: Organization and Attack. In the Organization Phase, the player decides where to move their troops and how to compose them, whether to send idle Rune Knights on automated quests for rare items, and which castles to attack. The turn-based battles make up the Attack Phase. All six nations perform an Organization Phase and an Attack Phase in sequence, with these combined actions being called a "season" and marking the passage of time. A single year in the game is made of 24 seasons, with higher difficulty settings placing a limit on how many seasons may pass before the game will automatically end; an easy game has no limit, a normal game is capped at 120 seasons or five years, and a hard game is capped at 60 seasons or two and a half years. In order to conquer Runersia, the player must occupy all of the continent's castles at once. The game is divided into two modes. The Main Mode features a story-based experience for each of the six nations. The Challenge Mode or "Alternate Chapter" is comparable to a sandbox in which the player can assemble a semi-custom army by first choosing a nation and its ruler and then selecting nine Rune Knights from among those that the player has previously recruited in Main Mode, regardless of their affiliation. Challenge Mode campaigns also receive a Strategy Score based on the player's speed and performance, encouraging the player to strive for higher and higher scores, and achieving victory requires fulfilling each of 10 different victory conditions over the course of a campaign 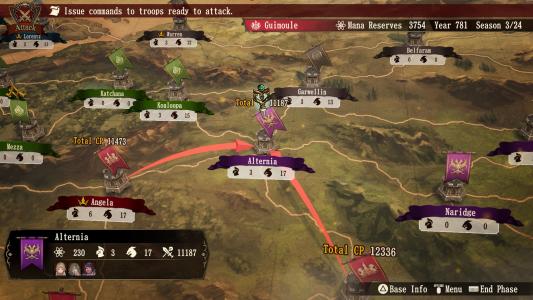