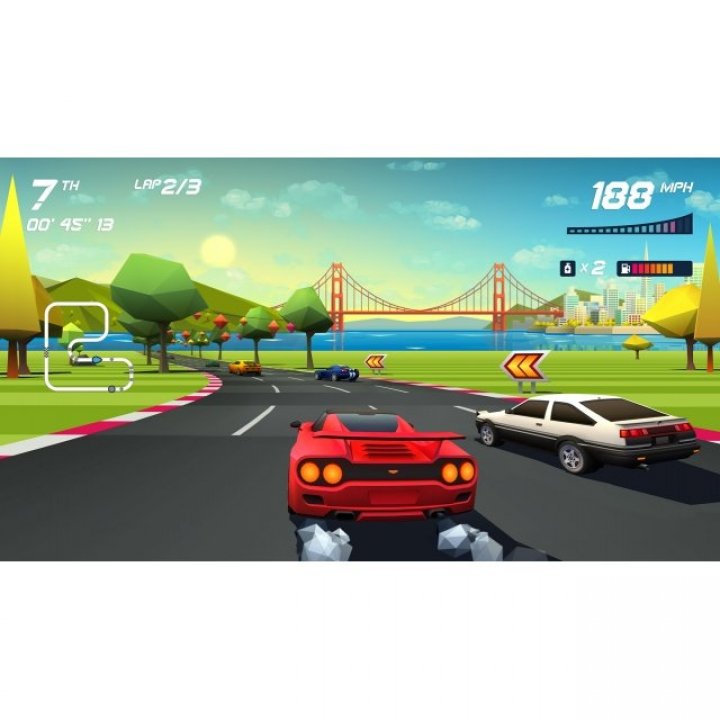 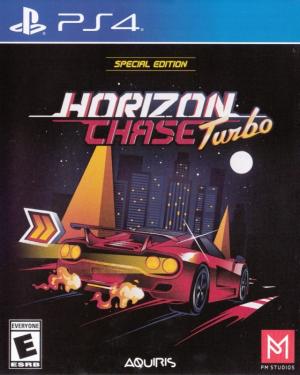 This tribute to classic arcade racers is an updated version of the highly acclaimed award-winning Horizon Chase World Tour and is inspired by the greatest hits of the 80s and 90s, such as OutRun, Top Gear, and the Rush racing series. Relive that classic arcade gameplay as you master each racing circuit and blast your way past opponents at the speed of fun! Featuring a fresh, stylized take on old-school 16-bit visuals, 4-player local multiplayer, over 100 tracks spread across dozens of locations, and a thumping soundtrack from industry legend Barry Leitch, Horizon Chase Turbo is ready to take you for a ride! 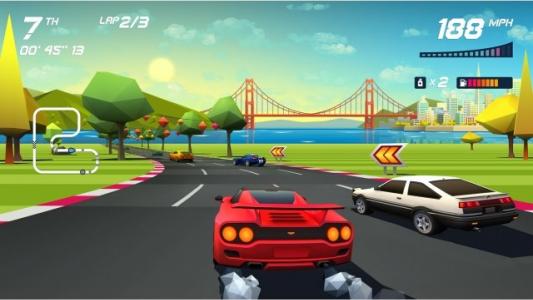