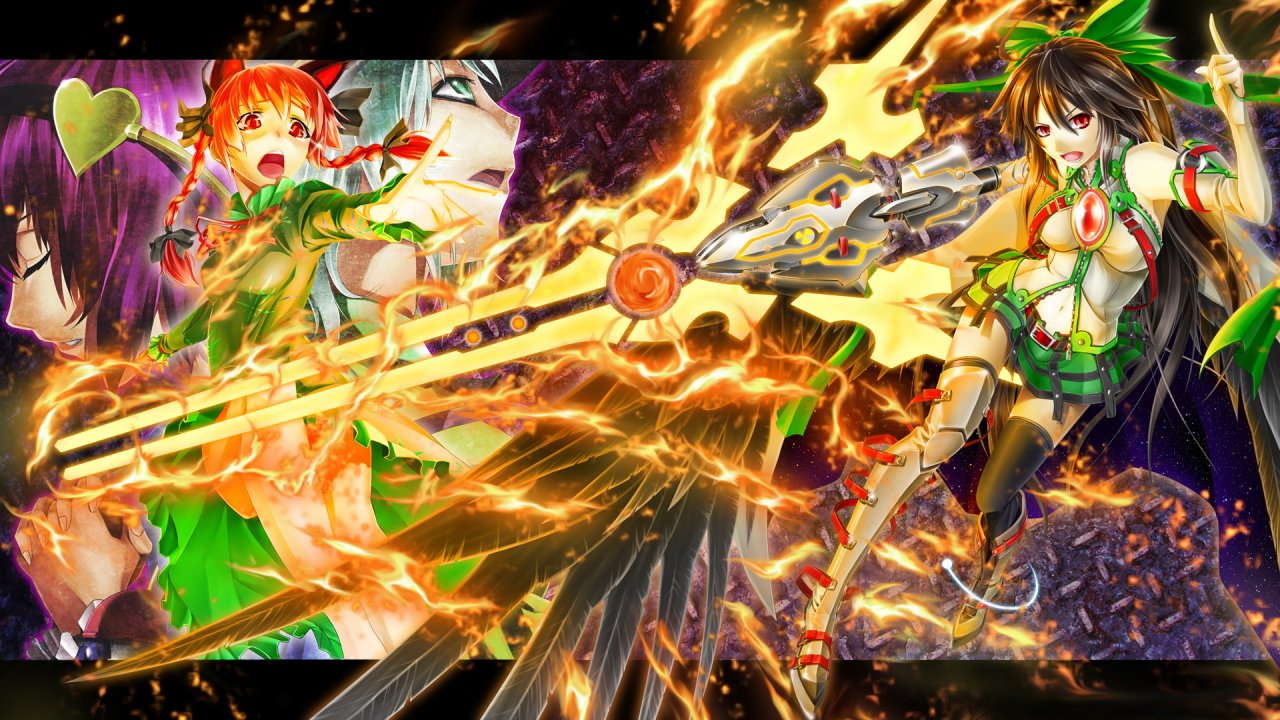 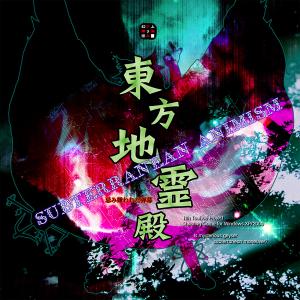 Evil spirits from underground are seen wandering around Gensokyo. Reimu and Marisa get suspicious and decied to investigate. Depending on who you choose, only one of the 2 girls go out to investigate, but one other person will watch through them. With Reimu, either Yukari, Suika or Aya will watch over Reimu. As for Marisa, it is Alice, Patchouli or Nitori. Although those 6 people watch over Reimu or Marisa, they never appear physically in the actual gameplay. The heroine sets out to start off in the underground, suddenly hearing another person's voice (specifically, the one watching them). A surprise attack by Kisume gets brushed aside by the heroine and they continue their descent into the underground. After, a ground spider, Yamame Kurodani is surprised to see humans heading off to the underground. Yamame attacks the heroine, attempting to shoo away the heroine, but failing. The heroine moves on to the deeper underground, seeing a bridge. But the heroine encounters the youkai of jealousy, Parsee Mizuhashi. Parsee is the bridge guard and tries to stop the heroine from proceeding. Parsee is quickly defeated, and the heroine moves on. Passing the bridge, the heroine finds the Ancient City of Oni, a city near the Palace of Earth Spirits. But before the heroine proceeded any further, an Oni, Yuugi Hoshiguma stops them from going any further. But of course, Yuugi is defeated. Yuugi tells the heroine where the Palace of Earth Spirits is. The heroine enters the Palace, seeing a cat. After a while, the heroine meets the master of the Palace of Earth Spirits, Satori Komeiji. Satori finds it unusual for a human to visit the underground into the Palace of Earth Spirits. Satori attacks the heroine, but is defeated. Satori states that she has nothing to do with the evil spirits incident and it is maybe her pet cat, that controls all the corpses in the Remains of Blazing Hell. The heroine heads in there. It is a much hotter place than before, after all, it's a blazing hell. The cat from before encounters the heroine again. The cat transforms into it's youkai form. The cat's name was Rin Kaenbyou (Or her nickname, Orin). Rin was surprised to see a human to make it into such a hot place. Rin states that she was the one who sent the evil spirits to earth. According to Rin, her friend, Utsuho Reiuji recently acquired nuclear powers and was going to use them to take over Gensokyo. Rin was worried about Utsuho, and sent evil spirits to the world above to ask youkai for help, but she never expected it was a human that came. Rin fought with the heroine to see if she was good enough to battle Utsuho. Rin was defeated, and told where Utsuho should be. The heroine proceeded into a much hotter place than before, and then encountering Rin again. Rin states that if the heroine dies here, her ashes will burn so hard when she dies, there will be no remains left. Rin fought again with the heroine, but lost yet again. Finally, the heroine meets Utsuho. Utsuho was a hell raven. She states that she was going to burn Gensokyo with her newly given nuclear powers, and turn it into hell. The heroine prevented that from happening by battling Utsuho. Utsuho was defeated, even with her ultimate nuclear powers. She states that a goddess, who is presumed to be Kanako Yasaka, told Utsuho that if she swallowed the god Yatagarasu, she would acquire nuclear powers. The Moriya Shrine was planning something, but Utsuho didn't understand it properly and decided it to use the powers to take over Gensokyo. Later, the heroine decides to pay a visit to the Moriya Shrine for more information. On the way to find the goddess Kanako, the heroine encounters a shrine maiden of the Moriya Shrine, Sanae Kochiya. Sanae is defeated, and then the heroine proceeds to find Kanako. However, Kanako was no where to be seen. However, the heroine encounters someone else, Satori's little sister, Koishi Komeiji. Koishi asks the heroine where the goddess is, but the heroine doesn't know. When the heroine heard Koishi's full name, they instantly knew she was related to Satori. Koishi also knew that the heroine was the human that entered the Palace of Earth Spirits. Koishi heard that the heroine defeated "Okuu" (Utsuho's nickname), meaning the heroine is stronger. Koishi decided to challenge the heroine in a battle. Though, Koishi is defeated. The heroine was trying to find out about the nuclear powers. Koishi was at the Moriya Shrine because she found out it was the goddesses of the Moriya Shrine that gave Utsuho the nuclear powers, and Koishi wanted a "Gloomy Power of Love" for her pets. 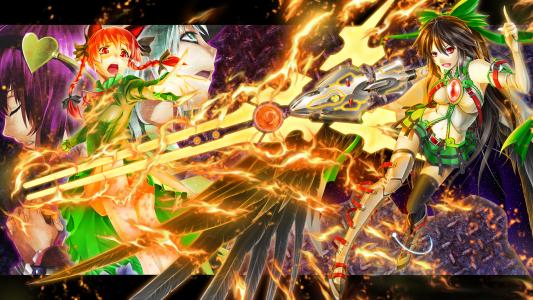 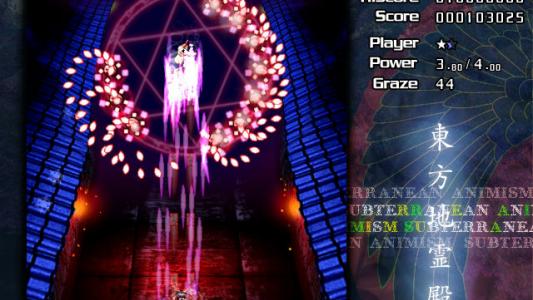