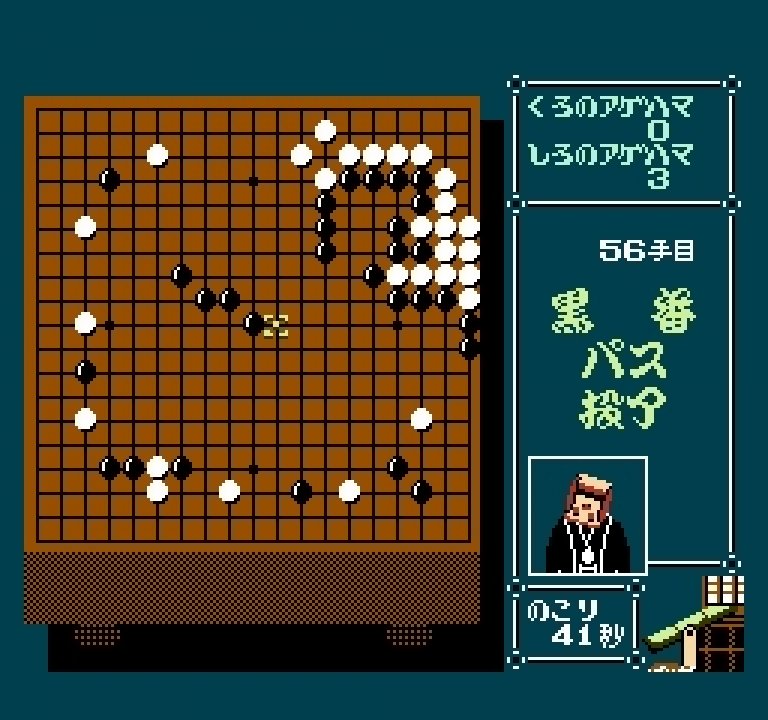 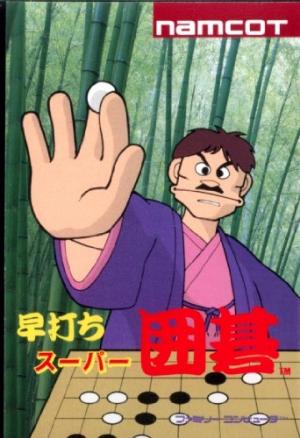 Hayauchi Super Igo (早打ちスーパー囲碁? lit. Quick-play Super Go) is a board game simulation developed by Home Data for the Famicom, and published by Namco in Japan in 1989. It is based on the board game known as Go. The game has three modes. Honinbo Battle is for standard players, where players start at the lowest rank and work their way up to the Champion rank. The Rank Game is for beginner players, and see's them start in the middle rank, moving up and down according to their performance. The Dojo mode is a custom mode that allows you to tailor many aspects of the game, including the grid size, number of players, who starts, and whether there's a handicap. 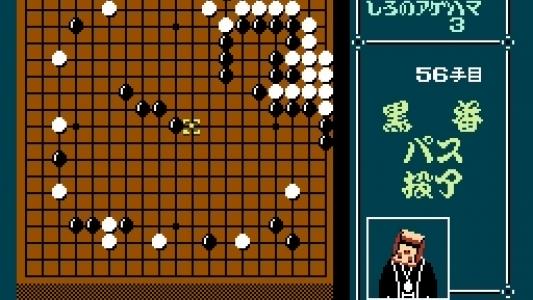