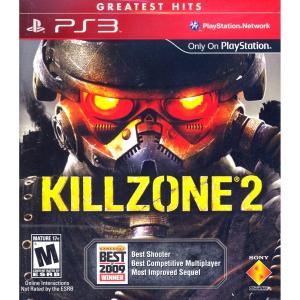 The game is presented almost entirely from a first person perspective, aside from vehicular combat. Killzone 2 features a "lean and peek" cover system which allows the player to take cover behind an object and then pop out to fire at enemies. The "lean and peek" mechanic stays in first-person view at all times. It is also possible for the player to pilot vehicles at two points in the game: a tank and an exoskeleton. Many classic weapons and vehicles from previous Killzone installments return, such as the M82-G and the StA-52 LAR. The Sixaxis motion control feature is also utilized in performing certain actions such as turning a valve, arming an explosive charge and sniping.