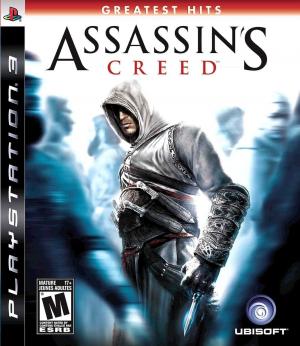 Assassin's Creed is an action-adventure game[5] set in an open world environment[6] and played from a third-person perspective in which the player primarily assumes the role of Altaïr, as experienced by protagonist Desmond Miles. The primary goal of the game is to carry out a series of assassinations ordered by Al Mualim, the leader of the Assassins. To achieve this goal, the player must travel from the Brotherhood's headquarters in Masyaf, across the terrain of the Holy Land known as the Kingdom to one of three cities—Jerusalem, Acre, or Damascus—to find the Brotherhood agent in that city. There, the agent, in addition to providing a safe house, gives the player minimal knowledge about the target and requires them to perform additional reconnaissance missions before attempting the assassination. These missions include eavesdropping, interrogation, pickpocketing, and completing tasks for informers and fellow Assassins. Additionally, the player may take part in any number of side objectives, including climbing tall towers to map out the city and saving citizens who are being threatened or harassed by the city guards. There are also various "additional memories" that do not advance the plot, such as hunting down and killing Templars and flag collecting. After completing each assassination, the player is returned to the Brotherhood and rewarded with a better weapon and/or upgrade before going after the next target or given another set of targets, with the player free to select the order of certain targets.