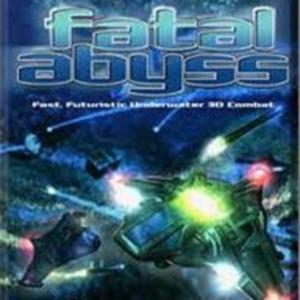 In the future, people are fighting a war over Bacteria 241, a strange new energy source found at the bottom of the ocean floor. While scientists at Eco Systems have developed a way to extract energy from the bacteria, renegades from Proteus Tech want to gain control of the situation and prevent control by Eco Systems. As a consequence, a war has broken out between the two. Fatal Abyss is a pure underwater 3D combat game, with no complexities of resource management or puzzle solving and an emphasis on a quick-reflex shoot-out near the ocean floor. You can look at the action from many different viewpoints, including both third-person and first-person perspectives. You do have a console map view available showing a 2D relief map of your area as well as a sonar view available showing more clearly which vehicles, structures, and missiles you are approaching. Choose a set of vehicles to take into combat and explore 7 underwater realms, with 24 missions to complete, with a vehicle that has more than 10 offensive and defensive equipment and weapons to blast the obstacles in your path.