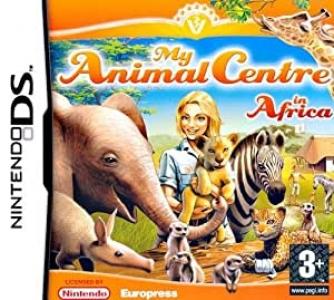 My Animal Centre in Africa

You are a vet who has built a vets clinic in Africa to look after ill animals in the wild. A man called the gamekeeper will every so often come into the clinic with ill or injured animals. In the easy level, you will have three chances to diagnose the animal correctly, or the gamekeeper will take the animal away. At the beginning of the game, he will only bring in meerkats. As the game progresses, he will start to bring in Aardvarks, leopard cubs, Zebra foals, Lion cubs and Elephant calves. In a scenario, the meerkat enclosure will need to be built before you can look after the meerkats, whereas in an open-ended game, the meerkat enclosure will already be built. The animals that have major problems, such as a fracture, cannot be released back into the wild. They will stay in the enclosures. That means you will have to look after them for a few days. You will need to feed, play with and stroke them. Feed comes in three portions; normal feed, premium feed, and super premium feed. Normal feed is cheap to buy, whereas the premium feed will increase the animals energy meter more. With some animals, you can bottle feed them. This increases their hunger, play and affection meters, and it also saves money, as if you bottle feed them often, you will not have to buy food from the shop. It is important that you extend the enclosures to be able to hold more animals. There are two upgrades for each enclosure. The basic enclosure can hold two animals, the first extension holds three, and the final extension holds four animals. With each upgrade, you have the option to put in additional items. Unlike the Pawly Pets: My Animal Hospital game, the animals will actually use the items you put in their enclosures. You also have a phone, and if you have a message, a phone icon will appear in the top right corner of the screen. You can read books, which must be bought and read in the right order, and when you have read all of the books on one animal, you get a certificate. In My Animal Centre in Africa, the vet has four health meters, rather than just two. you have the energy meter, that can be risen by eating. The bigger appliances you have, the bigger meal you can eat. You also have the fitness meter, which can be risen by resting on the sofa or sleeping. You have the option on whether to have the vet sleep from 2 to 8 hours. The vet also has a leisure meter, which can be risen by watching TV, or listening to music. The final meter is the health meter, which is kept high by keeping her other meters high as well.