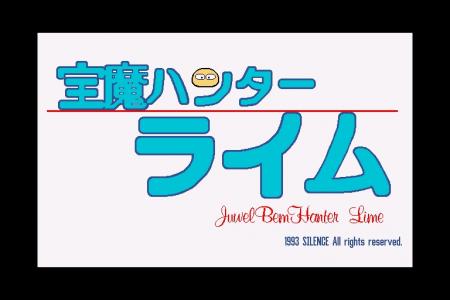 A magical world populated by supernatural creatures exists alongside ours. Once in a while a portal between the two opens. Demons known as BEMs ("big-eyed monsters") have stolen precious jewels and escaped to Earth through that portal. It is up to two demon hunters, Lime and Bass, to assume the likeness of a teenage girl and boy and restore peace and order. Hōma Hunter Lime is the first episode of a series, built like an interactive cartoon with visual novel elements. The interaction is sparse, consisting of repeatedly selecting simple verb commands from a menu and triggering animated cutscenes. In the first episode Bass (controlled by the player) and Lime are trying to stop a BEM who looks like an oversized candle and attempts to turn people into wax statues.