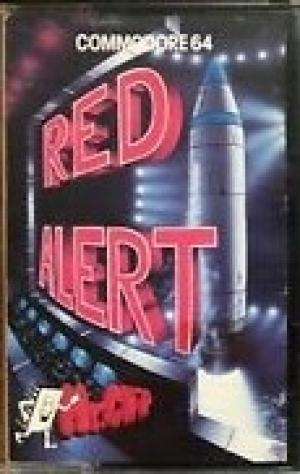 "The C64 isn't a very good micro for strategic pastimes - how to put the graphic capabilities to use? - but Red Alert at least uses what it can in pictorial terms. One to four users can tussle to raise capital, hire underworld stooges, evade police snoopers and gather up useful trifles like flamethrowers for, eventually, an assault on a missile base (a rocket is launched as the glorious climax of the affair). In fact, the nub of the game is raising loot, done mostly at a casino fruit machine or a perverted card table which the computer usually wins at. The rest is played out like a series of episodes from low budget espionage movies: mysterious assignations at Clapham Junction, trips to Moscow (huh?) and harassment by the feds which results in many a bundle of secret papers disappearing down a lavatory bowl. A cynical assessment would be 'gambling game with knobs on', but it's engaging enough in a modest way." - Big K