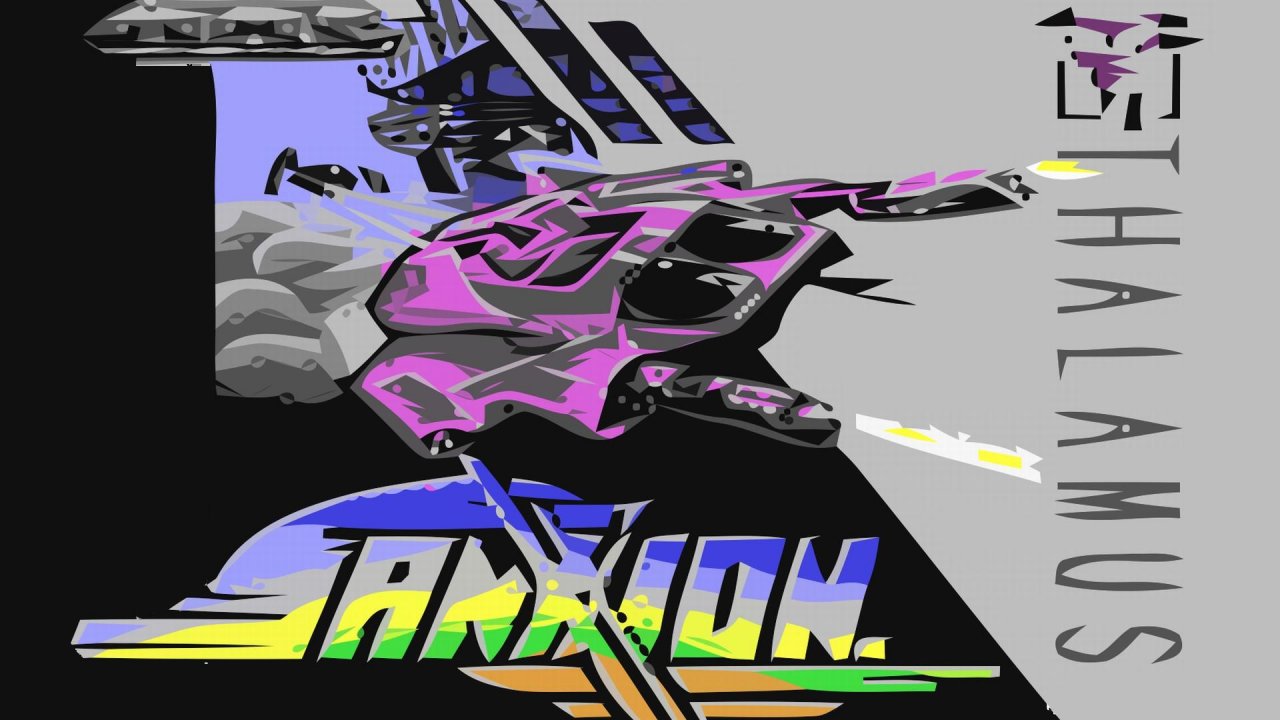 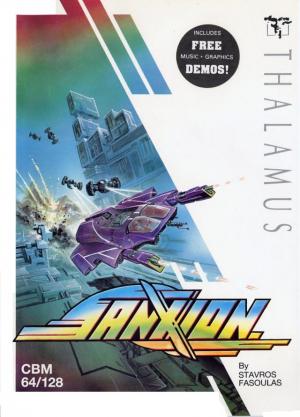 Pit your wits against the perils from the sky, fight against an alien empire intent on mankind's destruction. Battle past numerous evil aggressors and aquire the skill and precision to fly through city defenses. Hone your fighting skills on the practice ranges and then, if you make the grade, enter the darkside... Sanxion is a side-scrolling shoot 'em up, the goal to traverse each level from left to right avoiding or destroying any enemies and obstacles. The side-scroller speed is controllable, increasing the closer the player is to the center of the screen. The screen is divided in two sections, the upper one with a cenital view, and the lower one, taking up two-thirds of the screen, shows a typical side view. Enemies can come from both sides of the screen in close formations that the player must avoid colliding with. 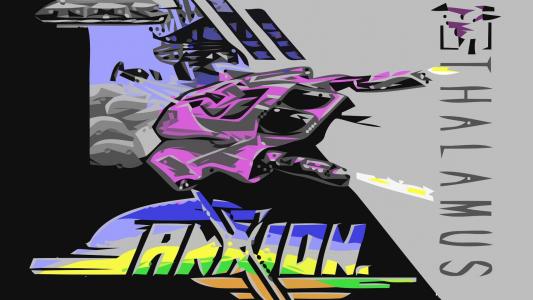 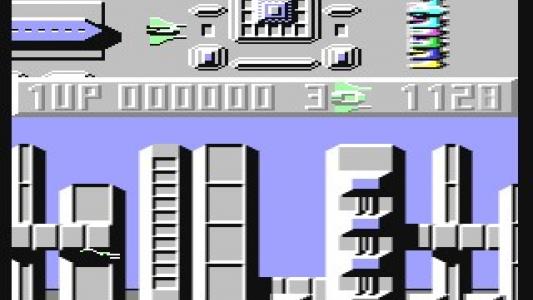