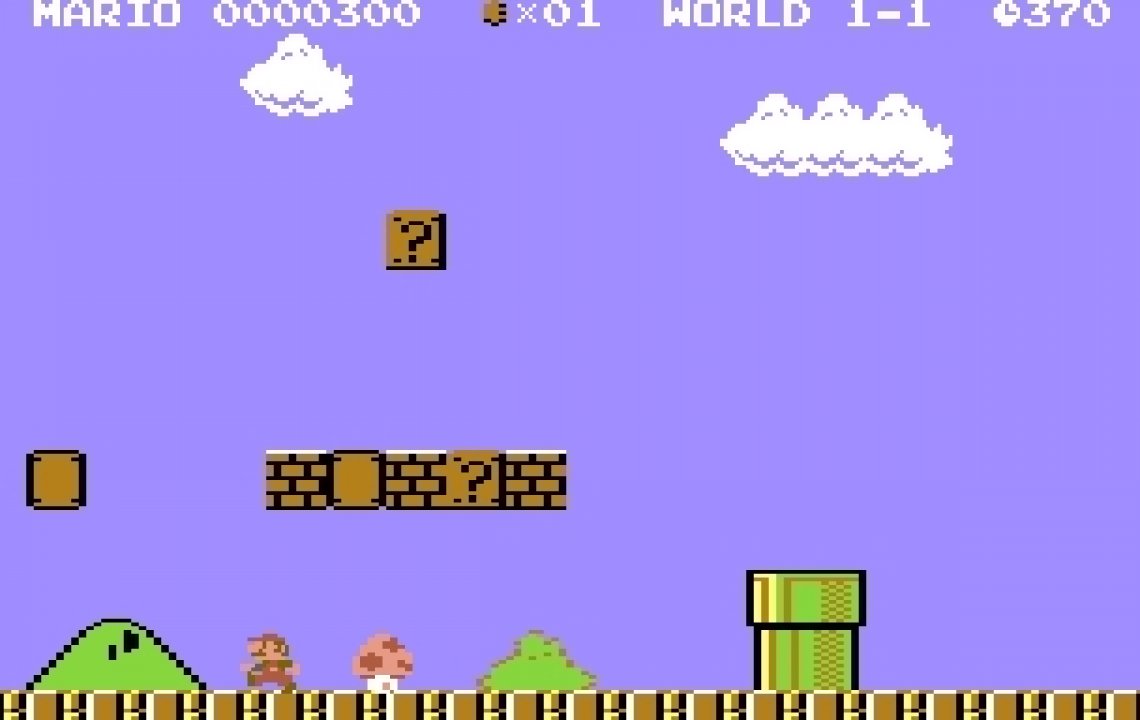 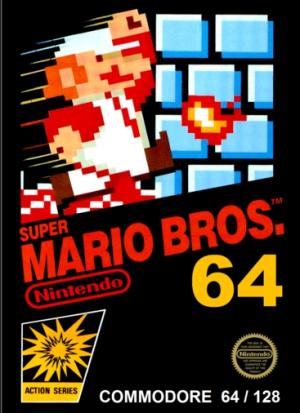 The game Super Mario Bros 64 is the C64 - porting the NES - the game Super Mario Bros. (Original: スーパーマリオブラザーズ) of 1985. Nintendo sold more than 40 million Super Mario Bros modules , the Jump & Run was for decades as the most sold Video game of all time. With this success, the Japanese company laid the foundation stone for its supremacy in the computer games industry. In addition, the video game crash was finally overcome. The implementation as a non-licensed fan project for the C64 and the C128 has only been around since 2019. The coder is called ZeroPaige . He worked on the program over a period of seven years, his goal was to port the NES version identically to the smallest possible detail. He did this in a very impressive way. Story and goal of the game Princess Toadstool was caught by King Koopa (later called Bowser). Mario and his brother Luigi now want to rescue the noble lady. To do this, the two plumbers must cross a total of eight worlds, each divided into four levels . The last level is a King Koopa castle, but unfortunately you can only find doubles of the Dragon King in the first seven. There are only small mushroom creatures to be freed, Mario and Luigi with a "Thank you! But our princess is in another castle!" dispatch. At some point, however, every trip ends, the brothers face the right King Koopa and then find the princess. Design The player takes on the role of plumber Mario , who has to overcome obstacles and defeat opponents to free Princess Toadstool from King Koopa's clutches. In addition , Mario runs and jumps through the two-dimensional side view of the game world. The game is a classic side-scroller . The development of the C64 - porting took about seven years time. The implementation was as identical as possible and appears to be even more bug-free than the template. In two-player mode, you switch when you lose a life or complete a game world. There are different items to collect and a variety of different enemies. The NES console uses a Ricoh 2A03 as CPU , which is based on MOS Technology 6502 and is clocked at 1.77 MHz or 1.79 MHz. The C64 uses a similar processor, the 6510 . Ultimately, this only works at 0.985 MHz or 1.023 MHz. Since the NES CPU thus has a clock rate that is a good 70% faster, there are unfortunately some slowdowns on the C64 with a lot of action on the screen . If you have a super CPU for your C64, you can use a Turbo Chameleon 64 , or use a C128, this problem no longer occurs. It can also be emulated without slowdowns if you emulate a C128 or a C64 with SCPU, for example in VICE . 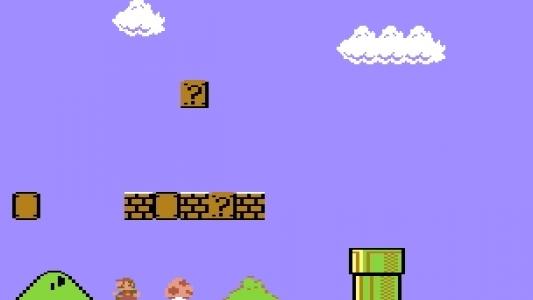