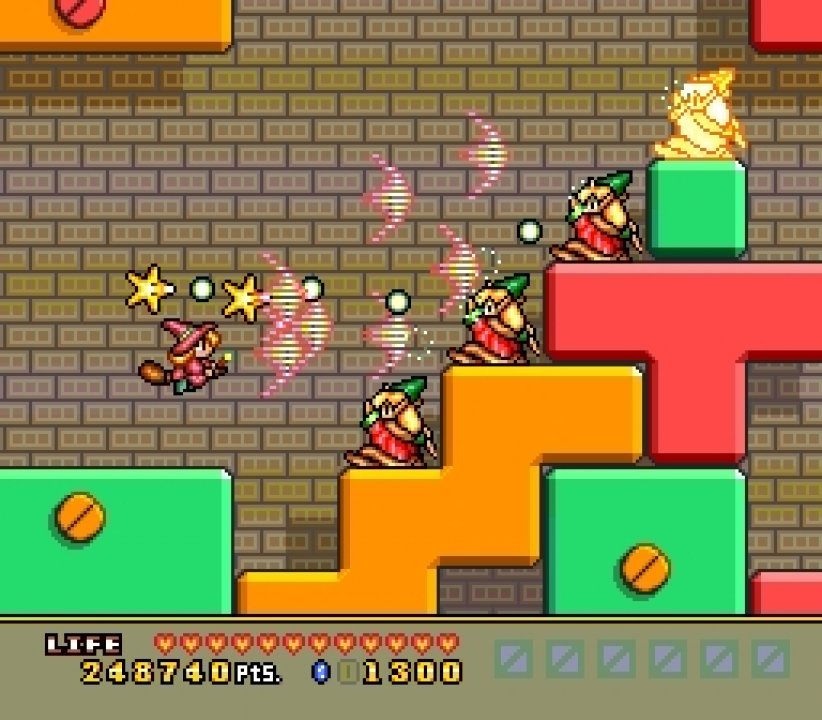 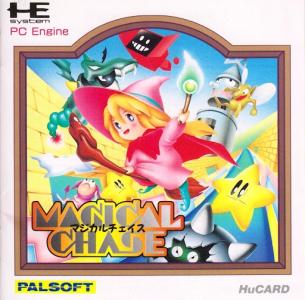 Ripple is a student of magic, and her teacher is a terrifying witch. Ripple is particularly afraid of her teacher right now, because she's just broken a promise she made to the witch: Ripple took a peek inside the forbidden book Sleeping Demons! No sooner had she opened the cover then out jumped six demons, all of which raced away! Unless she can catch all six demons and get them back inside the book, the witch will turn Ripple into a frog for breaking her promise! So Ripple sets off on her quest with her two Elf-Star friends, Topsy and Turvy. Good luck, Ripple! 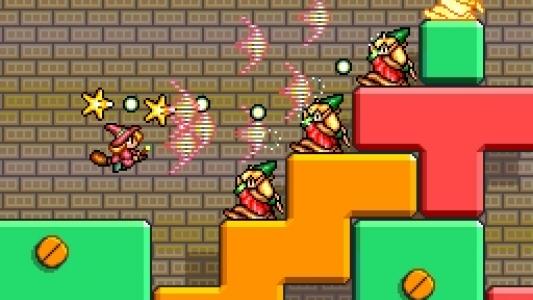