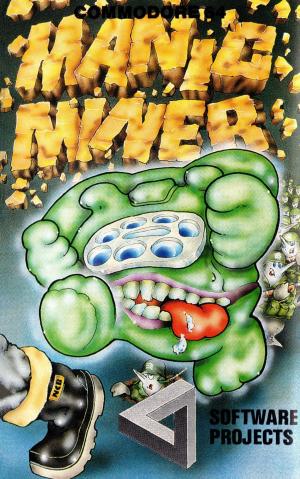 In each of the twenty caverns are several flashing objects, which the player must collect before Willy's oxygen supply runs out. Once the player has collected the objects in one cavern, they must then go to the now-flashing portal, which will take them to the next cavern. The player must avoid enemies (listed in the cassette inlay) as "...Poisonous Pansies, Spiders, Slime, and Manic Mining Robots...", which move backwards and forwards along a predefined length at constant speeds. Willy can also be killed by falling too far, so players must time the precision of jumps and other movements to prevent such falls or collisions with the enemies.