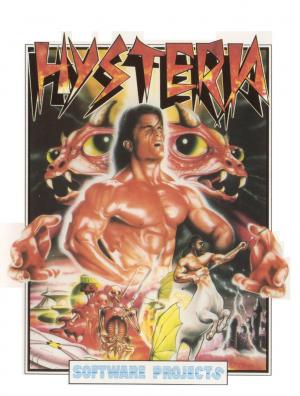 A fanatical sect has changed mankind's future by summoning a previously extinct primeval entity in our past. You, a sole survivor of the once elite 'time corps' have been chosen by the federation of law and order to combat the entity in three time zones: Ancient Greece, Dark Ages and Space. The game, controlled by joystick, has you moving the time warrior in horizontal-scrolling parallax levels. You have to collect nine pieces that assemble to a face of the primeval entity who must be battled. Meanwhile, the locals in each time zone do not like time warriors and throw and fire everything at you. Luckily, you are carrying an energy conversion kit that changes some shot objects and enemies into valuable weapons and armoury. Good luck, you will need it!