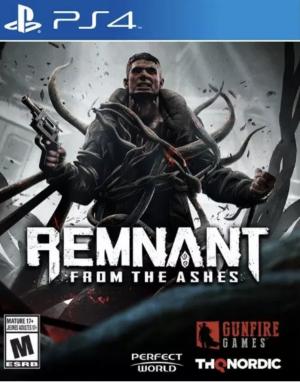 Remnant: From The Ashes

The world has been thrown into chaos by an ancient evil from another dimension. Humanity is struggling to survive, but they possess the technology to open portals to other realms and alternate realities. You must travel through these portals to uncover the mystery of where the evil came from, scavenge resources to stay alive, and fight back to carve out a foothold for mankind to rebuild... Remnant: From the Ashes is a third-person survival action shooter set in a post-apocalyptic world overrun by monstrous creatures. As one of the last remnants of humanity, you’ll set out alone or alongside up to two other survivors to face down hordes of deadly enemies and epic bosses, and try to retake what was lost. Explore dynamically-generated worlds that change each time you play, filled with over 100 varieties of deadly enemies and 20 epic bosses to battle using a wicked arsenal of weapons, armor, and special modifications you can use to adapt to any situation.