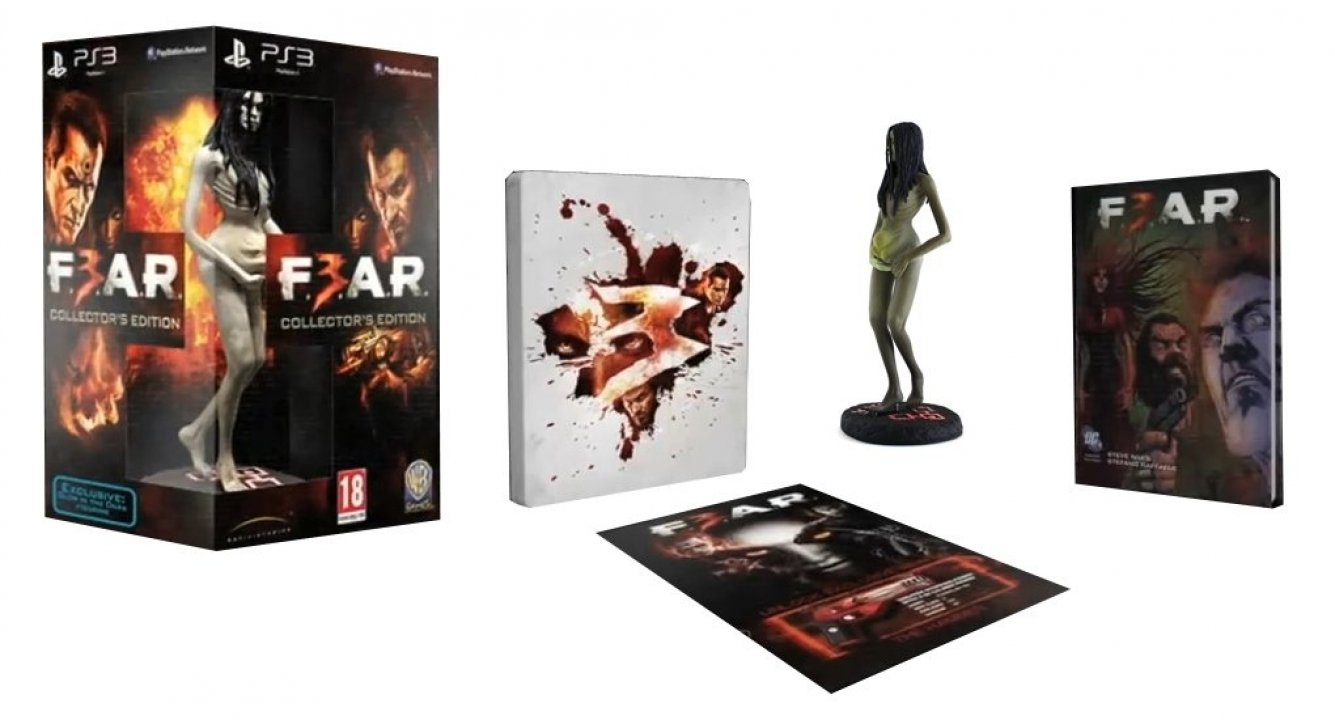 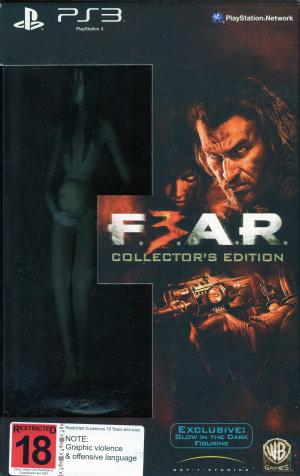 FEAR 3 Collector’s Edition includes: • Game: complete game [disc and short safety manual] • Steelbook • Full color mini comic • Anima statue, glows in the dark • Two code cards, one for an exclusive weapon and the other to activate online play • Box to store it all | F.E.A.R. 3 is a first person-shooter developed by Day 1 Studios for Microsoft Windows, PlayStation 3, Xbox 360 and the OnLive cloud gaming service as a sequel to the game F.E.A.R. 2: Project Origin and the third installment of the F.E.A.R. series. It was announced on April 8, 2010 and is stated to include John Carpenter helping on the cinematics as well as writer Steve Niles. Originally scheduled for a 2010 release, a delay to March 2011 was announced followed by a further delay to May 2011. On the 27th of April 2011, Warner Bros. announced yet another delay to the title; Pushing it back to June 21st in North America and June 24th in the UK. 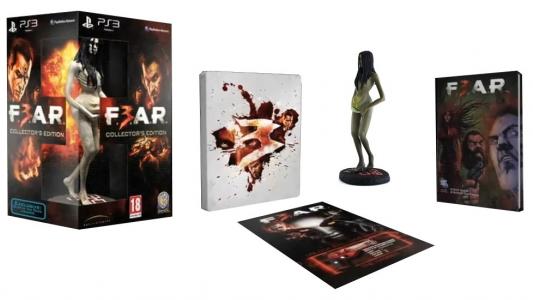