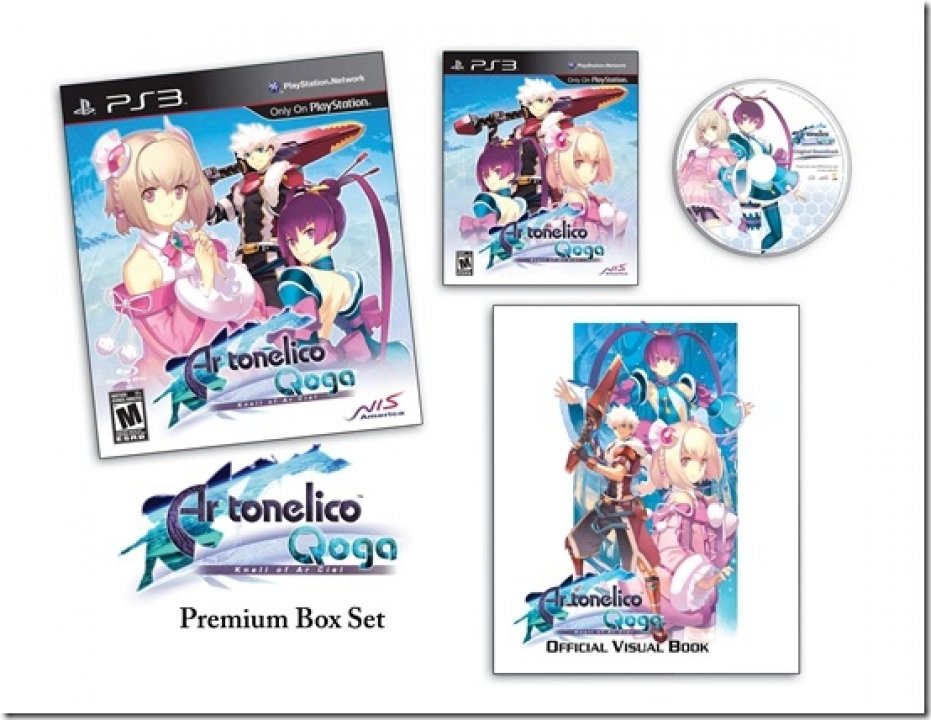 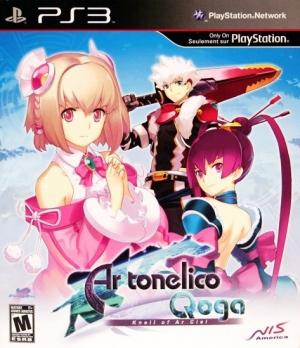 Ar Tonelico Qoga: Knell of Ar Ciel (アルトネリコ3 世界終焉の引鉄は少女の詩が弾く Aru Toneriko Surī: Sekai Shūen no Hikigane wa Shōjo no Uta ga Hiku, lit. "Ar tonelico III: The Girl's Song that Pulls the Trigger of World's Demise") is a role-playing video game produced by Gust and published by Bandai Namco Games in Japan and by NIS America in North America for the Sony PlayStation 3. It is the third and final installment, taking place in the Reyvateil-ruled country of Clustania, located in an area known as Sol Cluster, and set around two and half years after the events of Ar tonelico II.Clustania is situated on the third tower in the world of Ar Ciel, which floats above the uninhabitable Sea of Death. Although it is the final game in the series, the series mythos is continued in Gust's Surge Concerto series through the titles, Ciel Nosurge and Ar Nosurge, which takes place within the same universe. The Japanese version became available for retail on January 28, 2010 and it was released in North America on March 15, 2011. It was released in Europe on April 1, 2011. 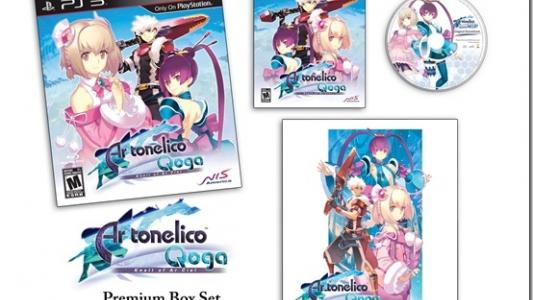