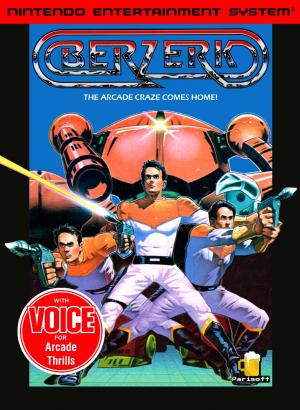 Berzerk is an arcade game released in 1980 by Stern - one of the first games to dynamically generate mazes and have synthesized voices. It's memorable for the fun of fooling the robots into destroying themselves and the competition to break the world record. A game to remember or to discover. This game is an unofficial port of the original arcade version for NES/Famicom console. Features: Choose between "Fast Lasers" and "Slow Lasers" mode Up to 2 players alternate or simultaneous All mazes Enemies react exactly as the coin-op version Robot voices as seen on arcade