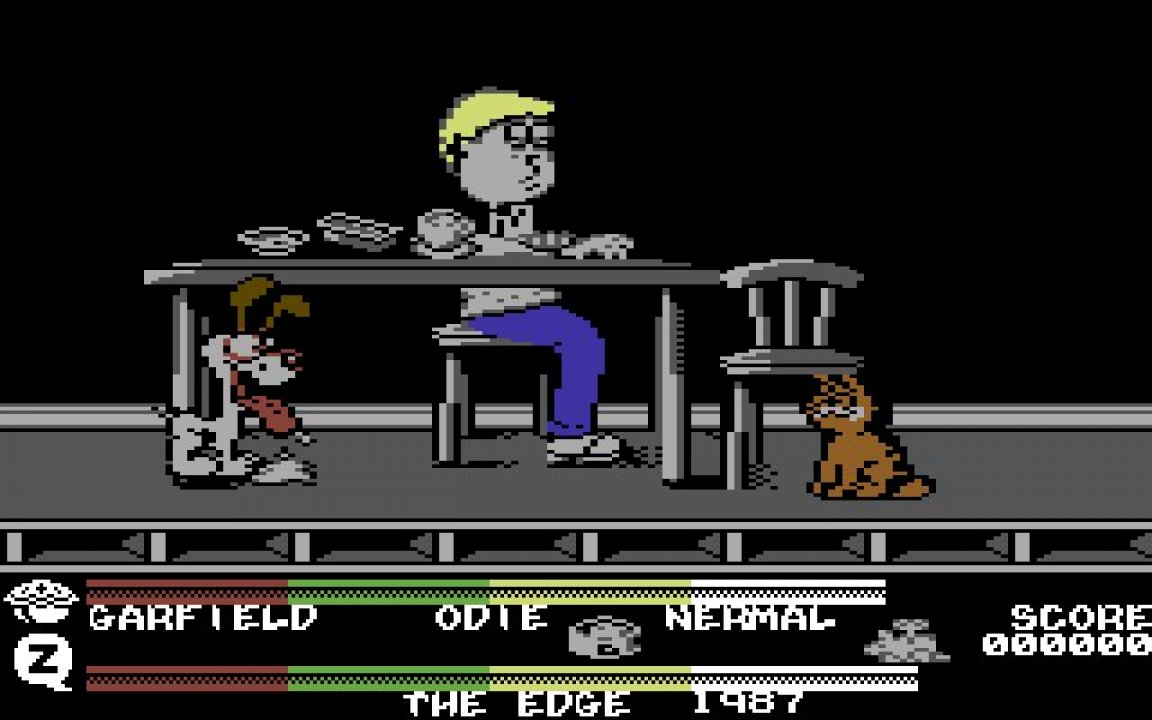 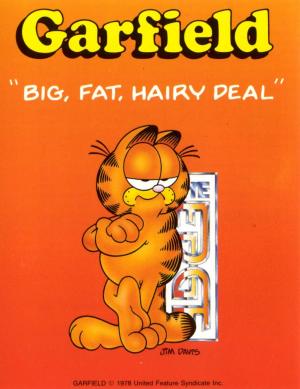 In the earliest licensed entertainment videogame of Jim Davis' lazy cat cartoon character, you play Garfield in his attempt to rescue Arlene from the cat pound. The primary gameplay involves object manipulation, gaining objects either by picking up or receiving them from other characters (usually in exchange for other objects). Most characters from the cartoons play a part in the game. Odie the dog follows you around - swipe him for points. Garfield's cousin Nermal can help you out. They can also carry objects for Garfield's use. 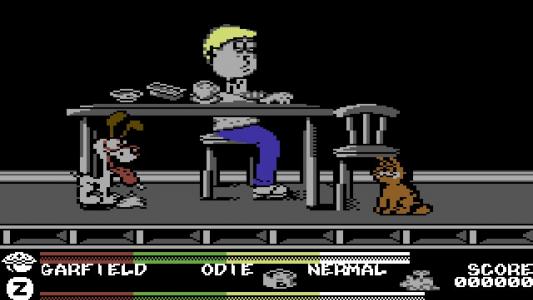