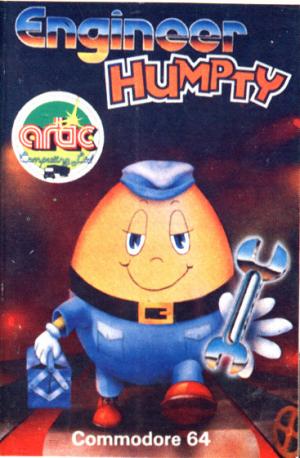 Humpty has become an engineer, and his job is to guide the spanner into the "works". When the player starts a level, the entire layout is shown which features conveyor belts and certain types of machinery, the latter which the player has to avoid. After a few seconds, it is replaced by large text and a small portion that shows the whereabouts of the spanner. As soon as the spanner is released from Humpty's grasp, it makes its way down the screen, the player can wiggle the joystick left or right to make the spanner in a different direction. The player loses one of their lives if the spanner makes contact with machinery or if it gets stuck on the edge of a conveyor belt. When the spanner is in the works, the game's border flashes and the player proceeds to the next level.