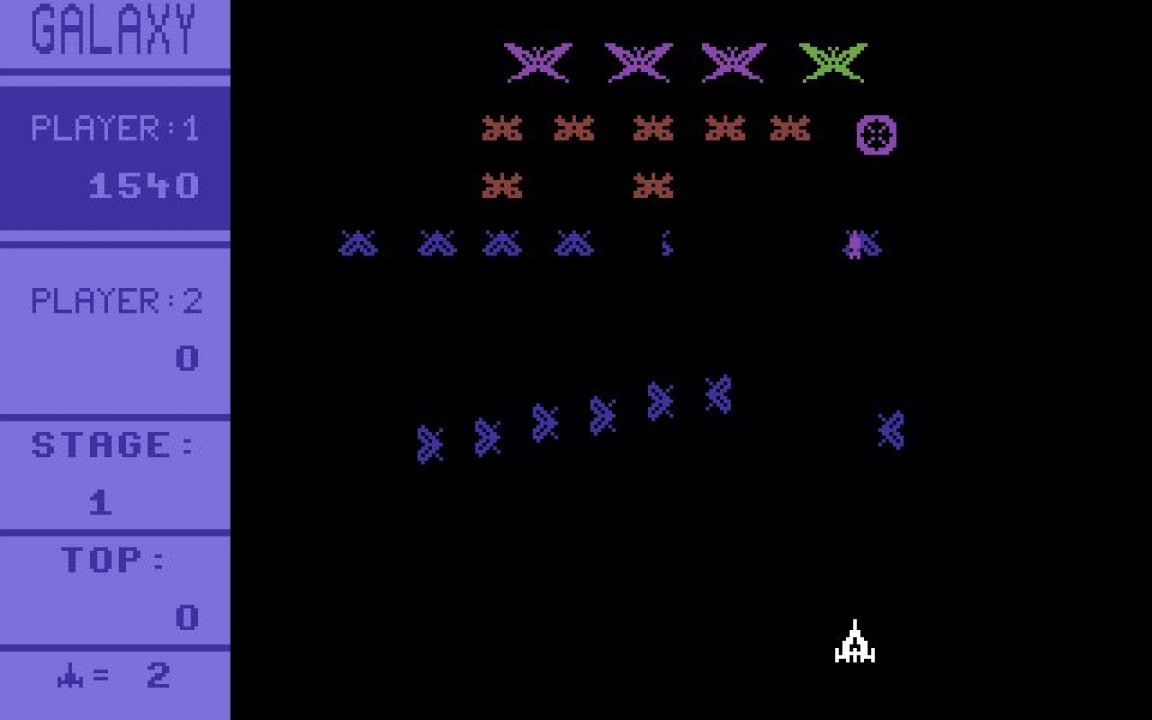 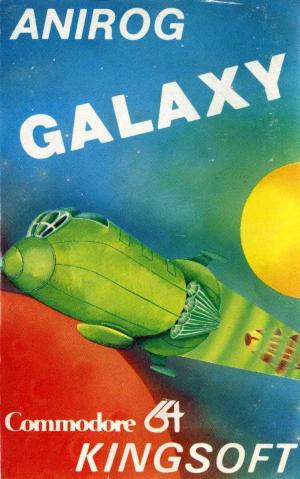 Galaxy is a Galaga variant that builds on the ideas explored in the Commodore PET game Galaga, an earlier unlicensed take on the coin-up game by Henrik Wening. Players move a space ship left and right to fire at a group of alien ships near the top of the screen. They fire bullets and come swooping down like a kamikaze. Based on the colour they have different behaviour and some of them require multiple hits. To finish the stage all aliens have to be defeated. The wave is repeated in every stage, but enemies gradually become faster. Just like in the regular Galaga, the largest enemies can move down and fire a fixed beam that makes the area smaller to move. After a number of stages a Challenge Stage can be accessed with a new pattern. The player receives a bonus there based on the number of kills. You start with three lives. A bonus ship is awarded at 20,000 points and then at every 70,000 points. 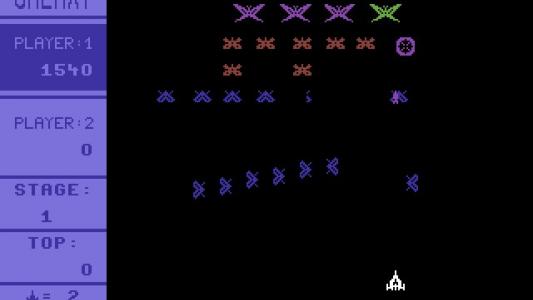