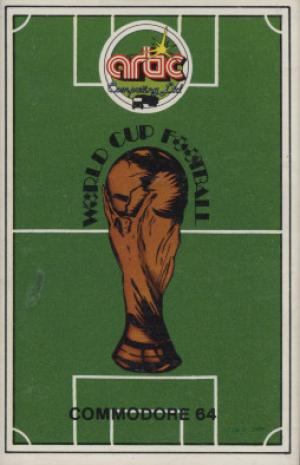 World Cup Football is a football game allowing you to play in the World Cup. The game allows you and eight other friends to choose a various amount of teams to get to the final and win it. The computer plays as the remaining teams not selected. The game itself is viewed from the side above the pitch and the screen shows part of the pitch and scrolls when you move your player. A joystick is used to control your team with the fire button used to pass and shoot. Throw-ins, goal-kicks and corners are included. The Commodore 64 version lets you select one of 16 teams. The ZX Spectrum version lets you select one of 40 teams.