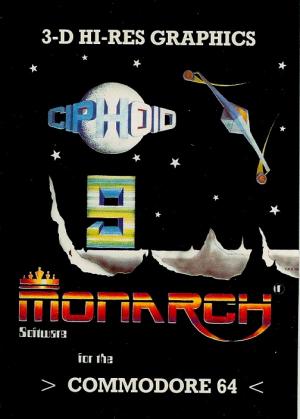 Earth is about to be attacked and destroyed by an alien force and it's up to you to blast and destroy them with your gun on the moon's surface. The game is a 1st person shooter with the game consisting of various stages with each shown on the whole screen. As you blast at the aliens with your gun sight, they fire back and when you are hit it reduces your shields. When your shields have gone then you watch a small animated sequence of the Earth being destroyed and it is game over. On each stage you have to destroy a certain amount of alien ships and this amount increases the further into the game you go. The more you fire your gun then it's energy decreases and when it's empty then you can only fire single shots. After a couple of stages you face a boss which requires ten hits to destroy it.