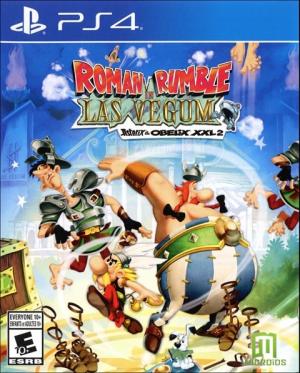 By Toutatis! The indomitable Gauls are back with a new video game! Roman Rumble in Las Vegum is a superb blend of action and adventure for all ages, with a winning combination of comedy and brawling. But where has Getafix gone? The long-bearded druid has disappeared after betraying his own people for Julius Caesar! The Gaulish village is in uproar! They must find out the truth! Always ready for a fight, Asterix and Obelix are sent to Rome on a mission by their chief Vitalstatistix. There, they find a new amusement park - Las Vegum - built by the famous Roman emperor. To what end? What is Getafix hiding?