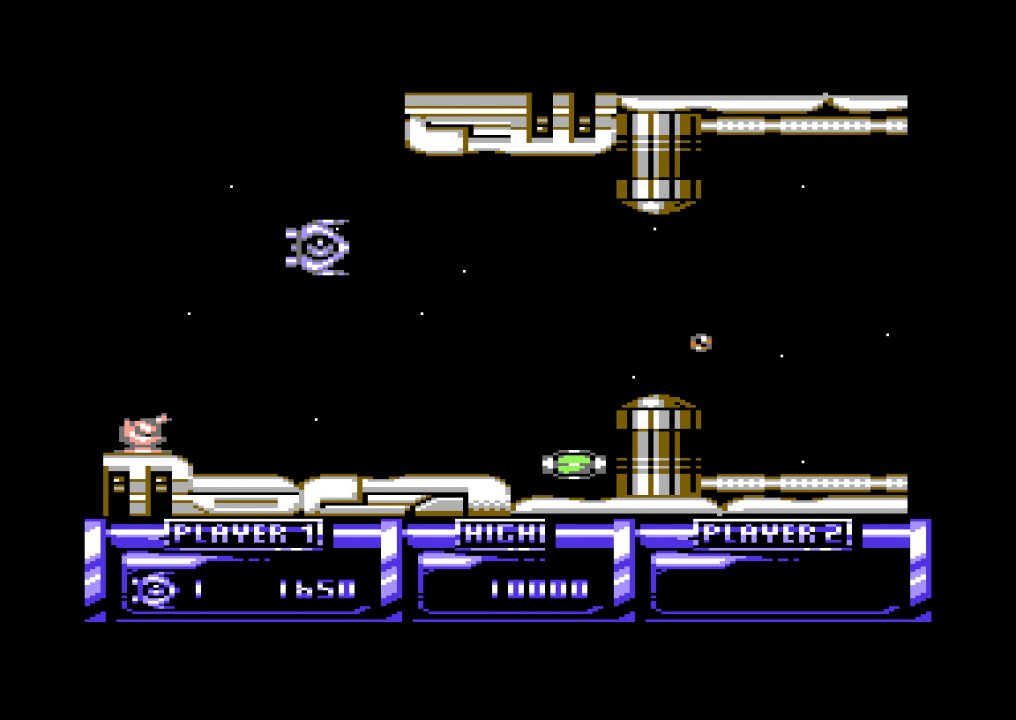 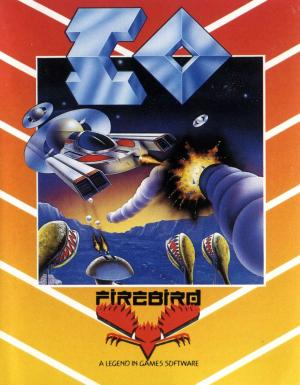 Also know as: IO – Into Oblivion

An enemy has entered your region of space in a mothership, and unleashed foes aimed at destroying you. As the planet's top pilot, the player is sent out to ultimately destroy the mothership, in this horizontally-scrolling shoot 'em up. As well as aliens, the player will encounter gun turrets and missiles, plus bosses at the end of each level. Levels 3 and also add narrow R-Type-style gaps. Smart bombs appear on the screen at random intervals, which can be used in two ways. Flying over them destroys everything on the screen, but shooting them turns them into power-up tokens or protective orbs, to be picked up. Players lose all these weapons every time they are defeated by enemies. 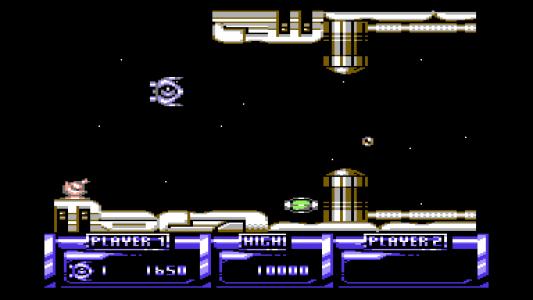