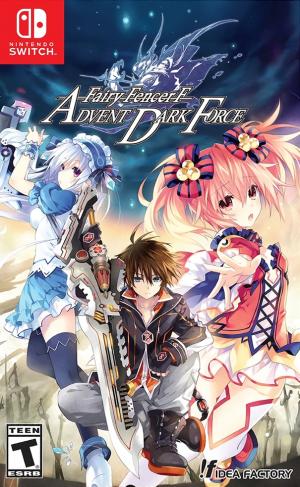 Long ago, a war was waged between the Vile God and the Goddess. The battle was fierce; the two were equally matched. Finally, both sides unleashed special weapons that contained fairies imbued with their power. Using this power, each god sealed away the other within another world. And so, time passed... The weapons that the Goddess and the Vile God left were called Furies, and the warriors who used them were called Fencers. Rumors arose that the Furies were so powerful, whoever collected them all would be granted one wish. As a result, Fencers fought each other endlessly to obtain them. By chance, a young man named Fang happened to unwittingly become a Fencer, and saved a girl named Tiara. And she, too, was a Fencer. From that day forward, Fang found himself an important part of the battle between the Goddess and the Vile God. Fairy Fencer F: Advent Dark Force on physical cartridge for the Nintendo Switch. Region free. This is limited to 5,000 copies produced worldwide. This release includes reversible cover art from legendary artist Yoshitaka Amano. Which cover art has been sealed facing outwards has been randomized by the factory. Orders of 2 or more copies will receive at least one of each sealed variant.