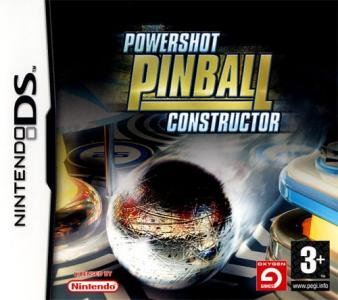 Powershot Pinball Constructor is a take on the popular arcade pinball game, released for the DS on January 24, 2008 in Australia and March 28, 2008 in Europe. The main selling point is the feature for players to create their own pinball tables and then share them with friends (as advertised in the tagline, "Play it. Create it. Share it."). The game had a quiet release, with barely any promotion or hype besides the odd interview, and wasn't covered extensively at all by media outlets as a result. However, it was panned by those who got their hands and reviewed it.