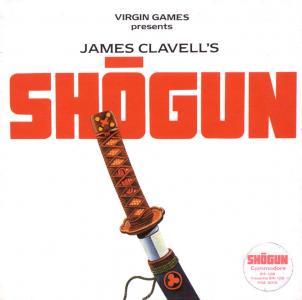 The game reproduces many of the novel's "scenes", few of which are interconnected in any way. The player assumes the role of John Blackthorne, Pilot-Major of the Dutch trading ship Erasmus. During a voyage in the Pacific Ocean in the year 1600, the Erasmus is shipwrecked in Japan. Blackthorne must survive in a land where every custom is as unfamiliar to him as the language. After learning some of the society's ways, he is drawn into a political struggle between warlords and falls in love with a Japanese woman. Eventually he embraces Japanese life and is honored as a samurai.