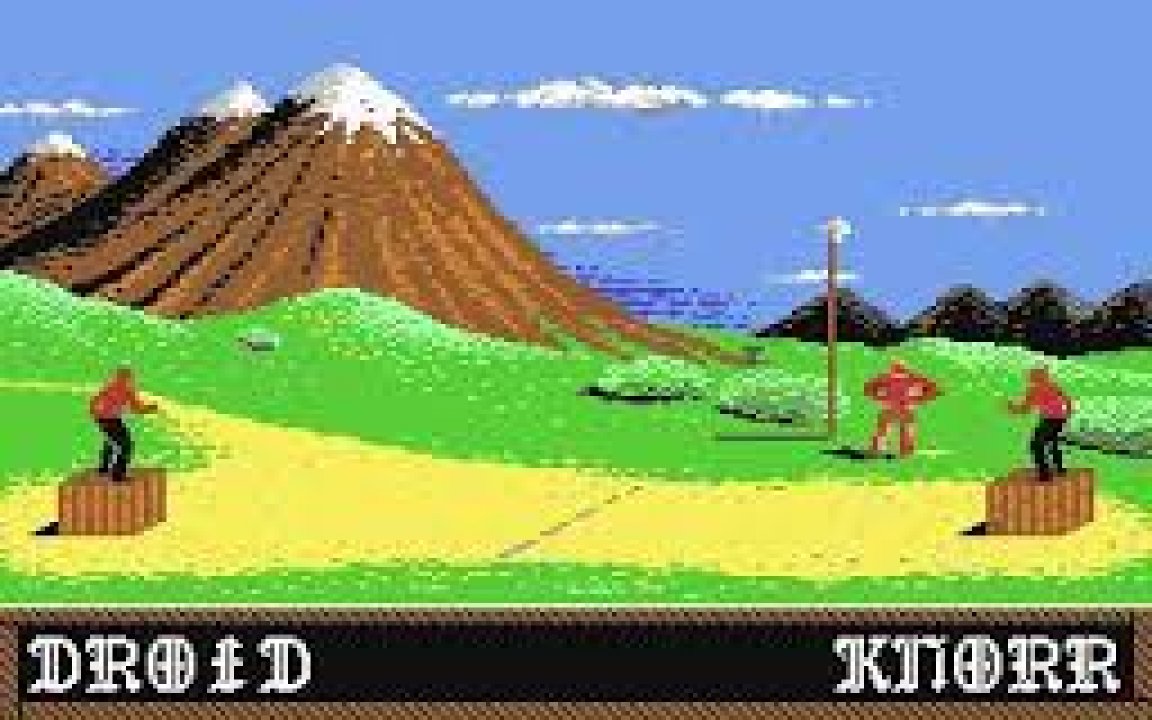 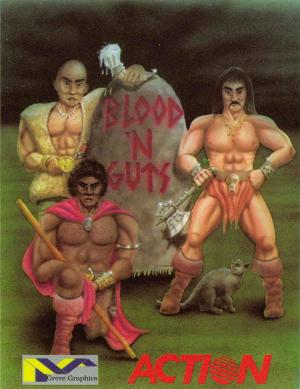 Blood 'n Guts is described as "ancient barbarian games", somewhat equivalent to the Olympic games but played by vikings in various violent events. You start the game by choosing one of four prefabricated vikings and then its off to compete. Among the several events available to the player the most noteworthy are, perhaps, Beer Drinking and Cat Throwing, both self explanatory titles. The other events are comprised of Tug of War, Rock Roller (roll a huge rock up a cliff and crush your opponent with it before he does it to you), Tower Jump (jump from a tower and land on your head!), Human Hit (throw stones at a human target!), Mountain Walk (basically rope walking with some added violence), Pole Fighting, Axe Throwing (again at a human target!) and Arm Wreck (arm wrestling). 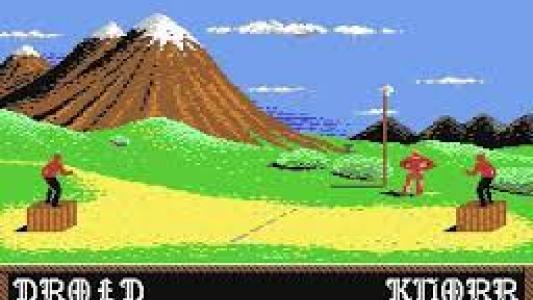